Since Ichi’s been a stranger at the home sim it is quite rarely I get to steal her for a picture. As a result my couple poses collection has barely had a chance to grow let a lone start. I had this pose bought ever since it came out previously at the last Crystal Heart and never got to use it because ‘someone’ never stayed long enough to take a picture with me. What a horrible girl she is, feel free to boo because if this was a pantomime she would be the villain of this sad story. I’ll let her know you were team Kuma on this one.

Yesterday however I managed to sit on her long enough to drag her into another picture. To commemorate this reunion there are roses everywhere. Very shoujo indeed.

To be fair she did spend the entire day with me and that was nice. It was nice to get to do something other than sit on my platform or in my house editing pictures as I have been doing for the past few weeks. It was starting to become an unconscious thing. I didn’t even realise I wasn’t really doing anything else but. As usual when she drags me out places they tend to be ‘after dark’ sort of places, that girl probably doesn’t know what pg means if it came up bit her on the ankle and yapped at her.

Still it was very nice getting to spend the day together that I hardly wanted to go to bed.

On my avatar (right)

In this post my avatar is using the Belleza Freya mesh body and the Lelutka Spencer mesh head. Ichigo is using a Catwa mesh head and Maitreya Lara mesh body.

Nails used on both of us are both from E.Marie.

Ichi’s top is from Blueberry (group gift) and her net bottoms are from Gaia. Her hair is from Tram and her skin is Glam Affair. 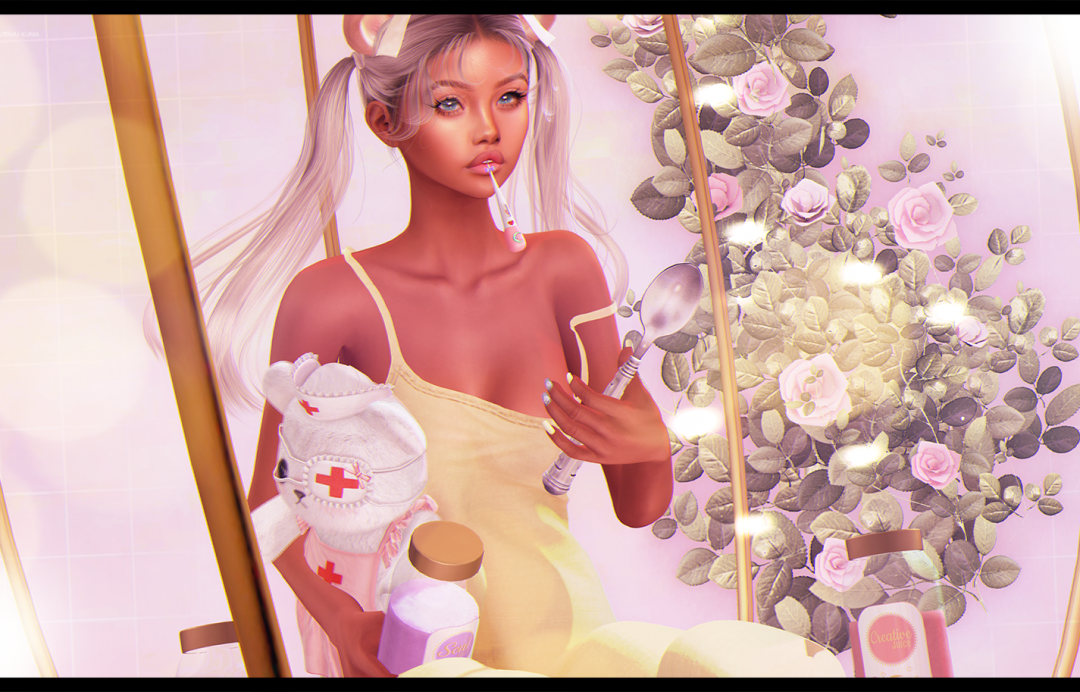 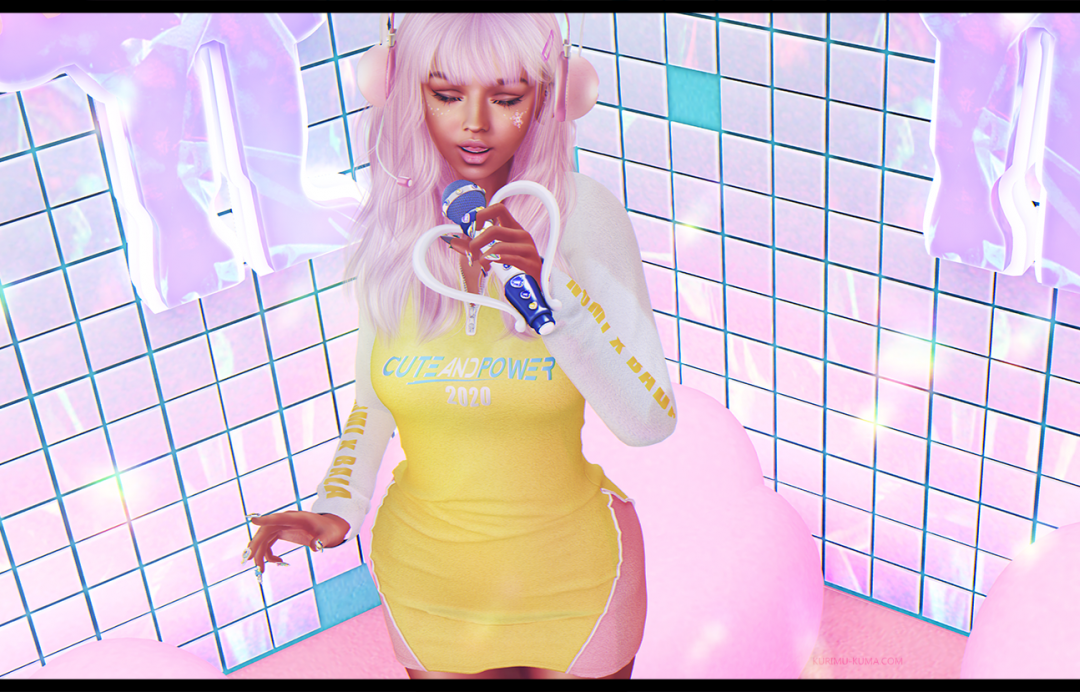 Sing your heart out