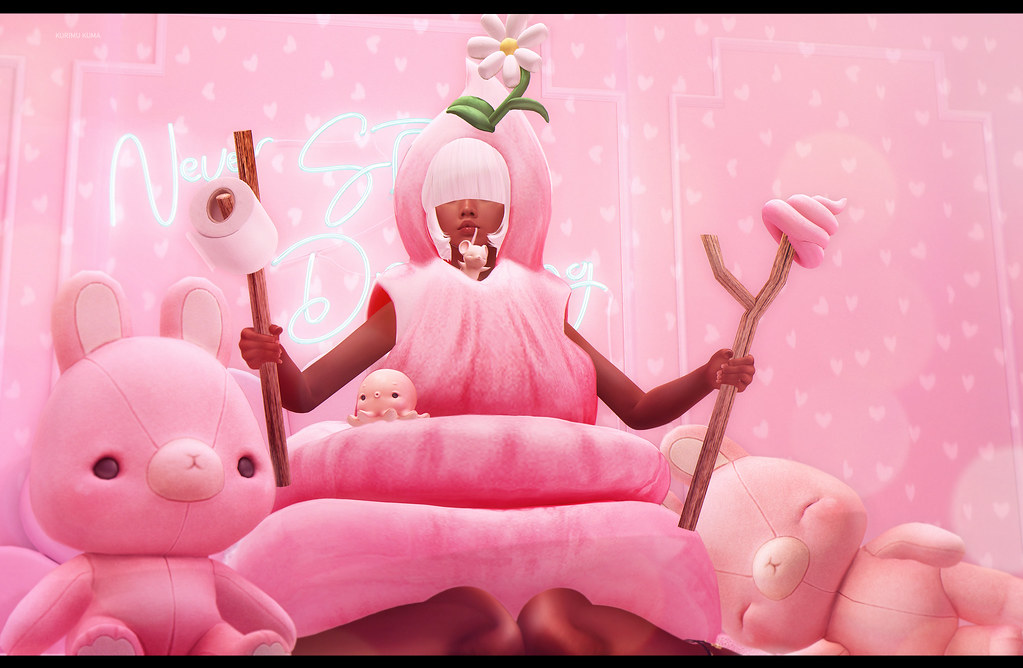 In our gloriously pink poop costume. It’s all in the bearing, really. I enjoyed this picture because one, it’s full of pink shades. Naturally. Two, it’s a really cute poop outfit, come on. It’s perfect. It’s poop but it’s cute. Did I ever think I would ever be taking a picture of a poop costume? Nope. Not in a million years. Did I ever think I would think a poop outfit was cute? Big fat nope.

You know what though? I really like it. It’s cute. It’s the cutest it’s probably because Kotte made it. I feel like a magnificent poop queen. I need to be convinced that anyone else would make a poop costume that I would find my avatar in, don’t see it happening. I’ve also wanted to take a picture with this background because it is so cute. I wish it was a whole skybox because it would be such an adorable one. All the pinks work so well together that that is also the third thing I enjoyed about this picture.

The fourth thing was being surrounded by some of my favourate MishMish animals. I love the little mouse so much it’s ridiculous so of course she was coming along for this amazing ride. I like the thought that the lovely bunnies are the cute tiny bodyguards. I mean who would think of doing anyone any harm when the cuteness would just paralyse them on the spot. 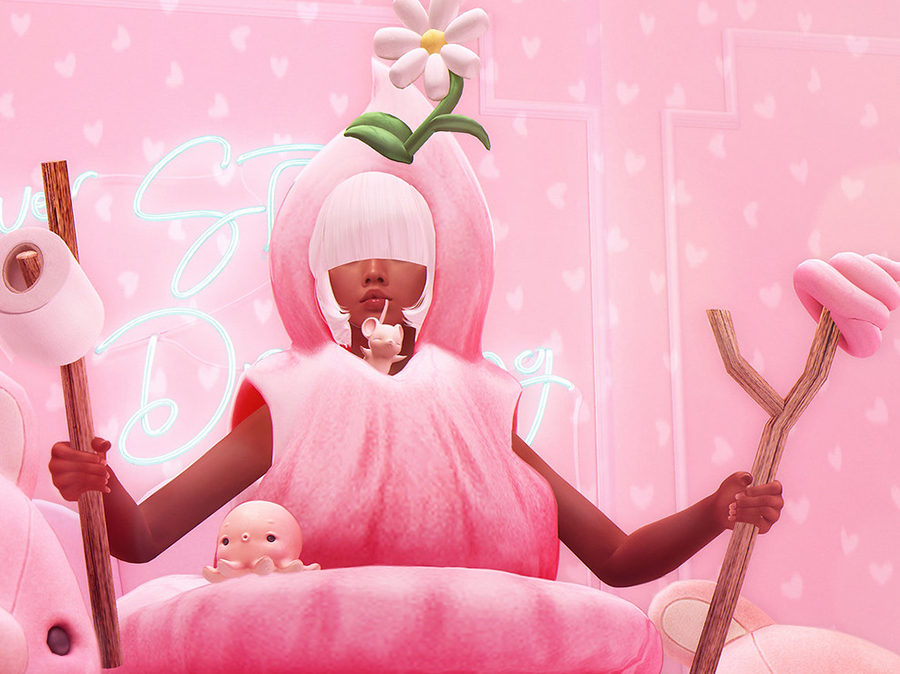 The hair was an issue to be fair. It was like…the perfect hairstyle for it because it hid the eyes, hiding the eyes just really worked for me. However, the hair did not fit completely under the outfit. It was my favourate of all hairs I tried and the fact that it had such long bangs, it was giving me Sia vibes, I needed it. So I had to do some editing on the front strands. It didn’t seem to be resizable but it was a gift item so there isn’t much you can do. It has such a cute pumpkin pattern on the back, it’s ridiculous. As in ridiculous in how cute it is, so cute. Ridiculous might be my new catchphrase.

I won’t keep you too much longer as I’m far too aware of how much I’ve written now so I’m going to just usher you on towards the credits. Have a look, won’t you.