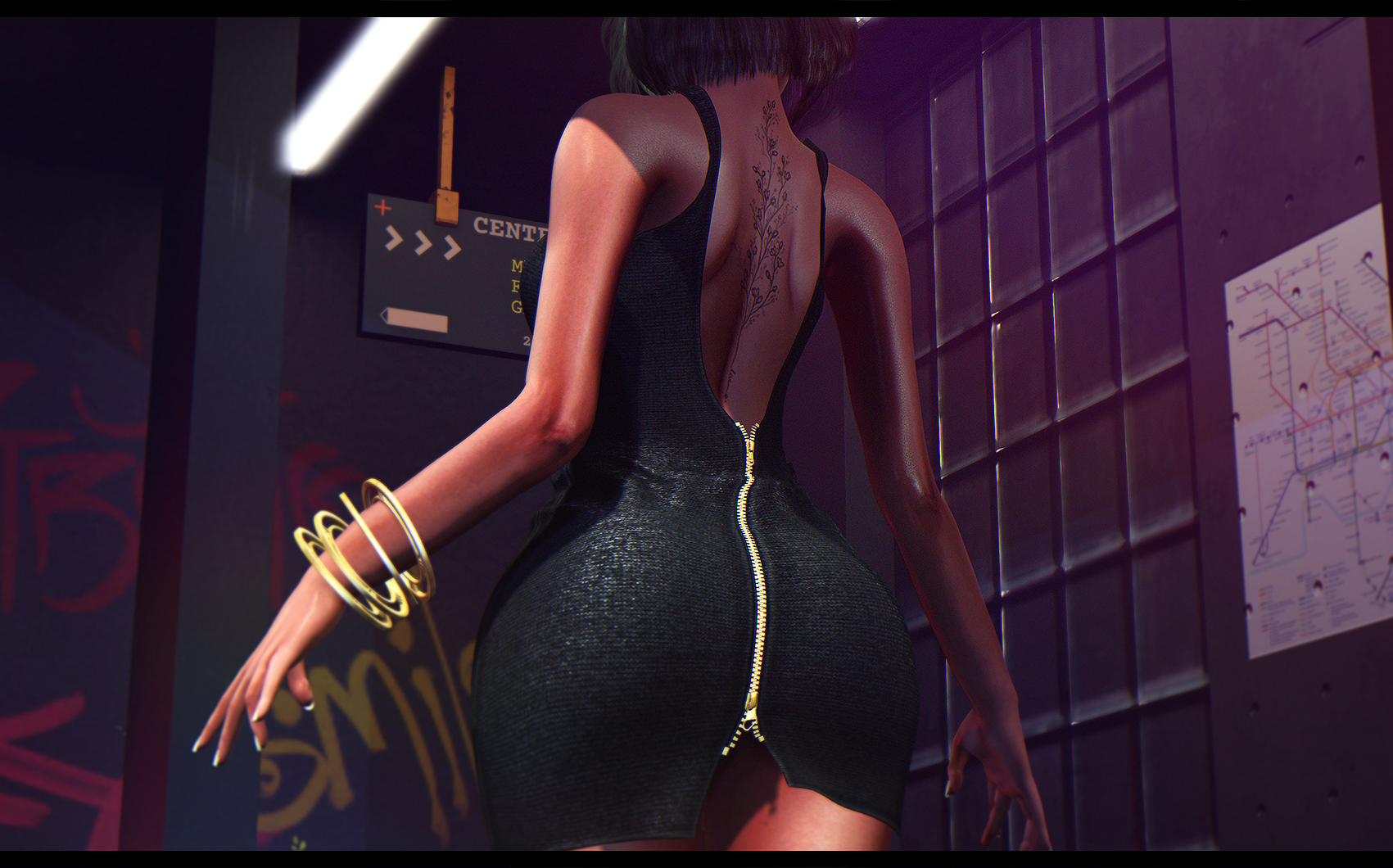 Hi everybody! Today I’m playing with shadows and lights again. I tried not to make it too dark but it does turn out that I either really like dark shadows or I just have a screen that tells me lies. I did have a lot of fun with it and I’m quite happy with how it came out. As with everything I do I always think I could have captured something better. If I focused on that though I would get nothing done in my life, ever. Yes, I’m one of those sorts of people.

The dress is by Pure Poison and is from the mainstore. I think it’s a very sexy sort of dress. It’s like having a little black dres with a secret. The back opens from slight to full in incriments because it has a strip HUD. Since it was such a cheeky dress it pretty much inspired the whole picture. 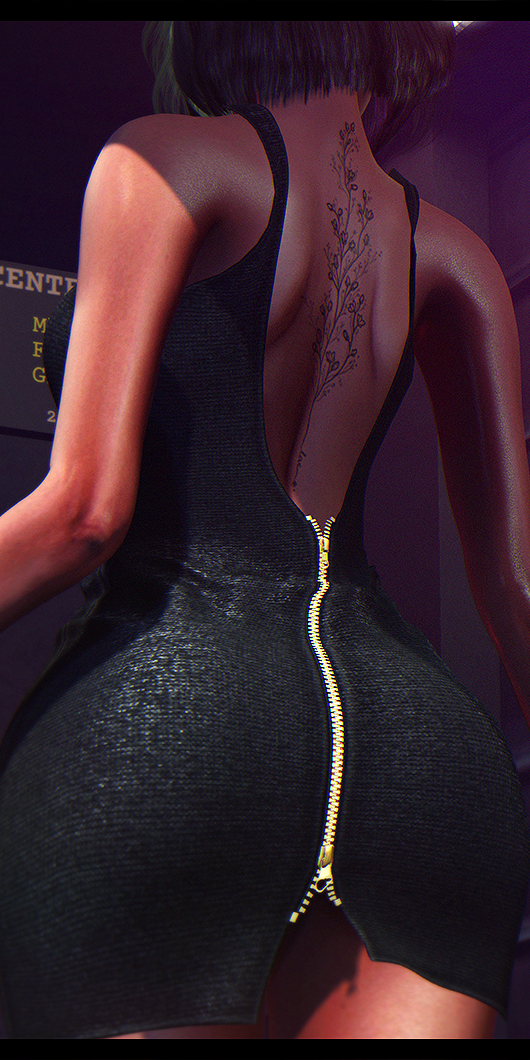 I also thought this would be a fantastic time to show of a back tattoo by Stardust also at the mainstore. I don’t get to show off my avatar’s back very often so when those moments present itself I want to go all out. The bangles are by Lagyo, I thought they worked rather well witht he image, it certainly matched the colour of the zip and made as much of a statement as the dress did. I’m keeping it!

*All above-listed items have been kindly provided by creators for blogging/review purposes.
**Mesh body used is the Maitreya Mesh body. Mesh head used is the Lelutka Briannon although in today’s image you can’t really see that part.

Cheering from the sidelines