Today’s post is with thanks to Ionic and their lovely gacha set out at the Chapter four called The Shore and a mainstore set called Fiesta . I’m definitely experiencing beach weather here in the UK. I dare say I’m experiencing too much beach weather. It’s so warm I don’t know how to handle it. Our house isn’t made for hot weather. It’s actually geared towards retaining heat for the cold long lasting winters. At least they certainly feel like they last forever.

Part of me wishes rather than the high flat I live in, raised up towards the sun like some ancient sacrifice, I was actually at such a beach. Dipping my toes in the water while I flirt with my fear of large bodies of water. Reveling in the cool feeling of being surrounded, even a little bit, by water.

Sunrise and Sunset both happen through our windows and I can fully attest to just how good the insulation is in this place. I currently sit in front of the computer typing this to you, stewing in the undiluted heat of a late afternoon and being ‘side simmered’ by the heat pumping forth from the monster computer. The yellow walls now seem like a huge mistake. Something that was meant to simulate the sunshine in a country where it tends to be mostly grey, now they just join the extremely bright sunshine adding to my general feeling of heat.

Hand me my latest vice, a Costa Berry Cooler and let me dream. 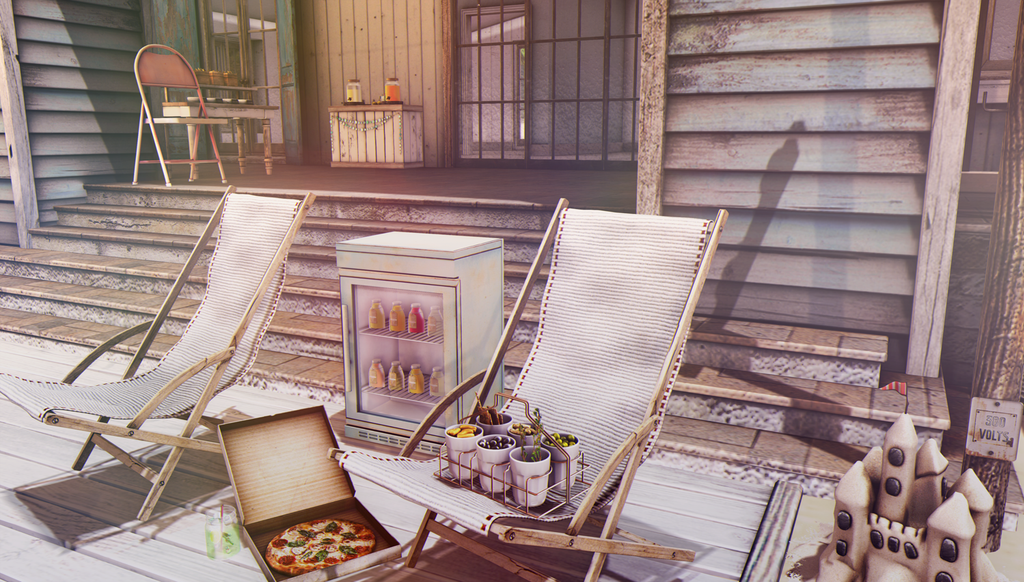 Some snacks have been helpfully put out for everyone and by now I’m sure everyone knows about my penchant for virtual food. Take a look at that pizza for example. It’s hands down the best virtual pizza I have ever seen! 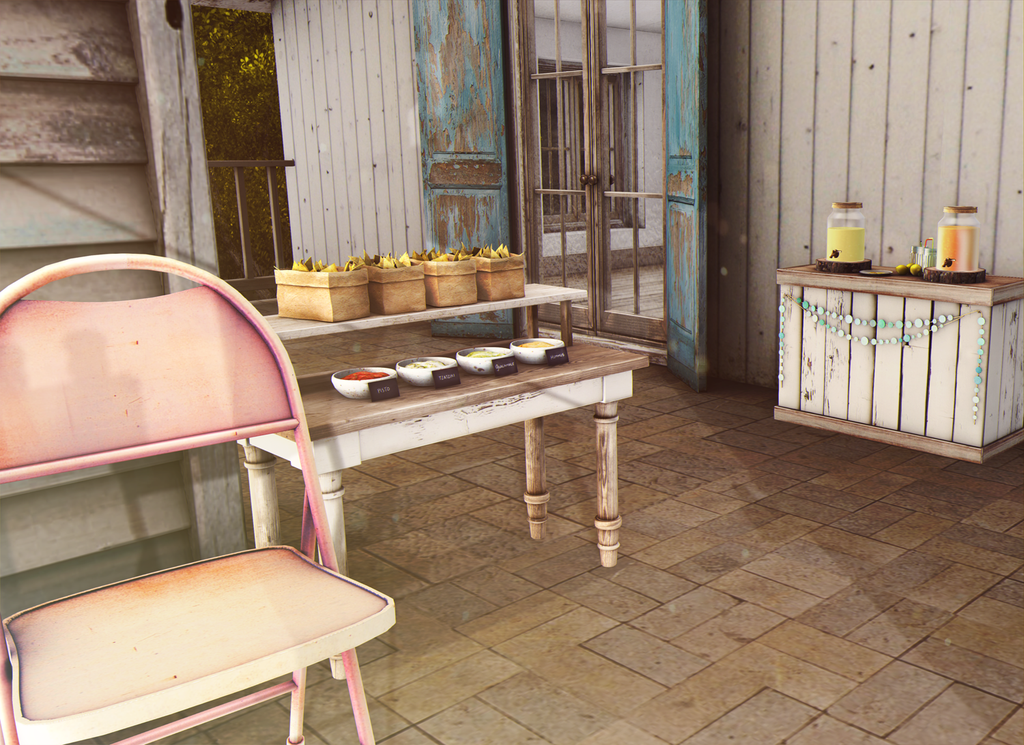 Welcome to your small corner

A relaxing spot in the country

The End and The Begining

Welcome to your small corner