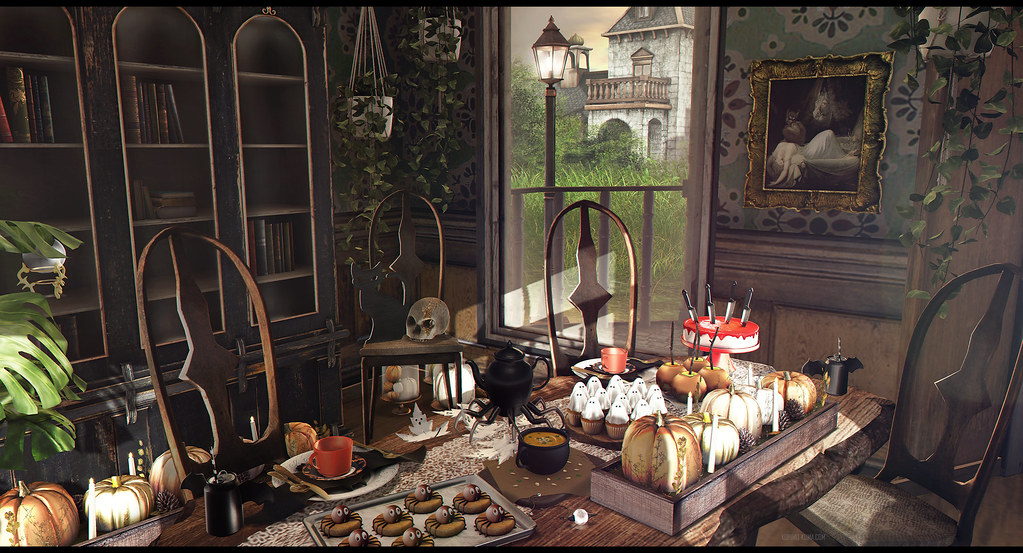 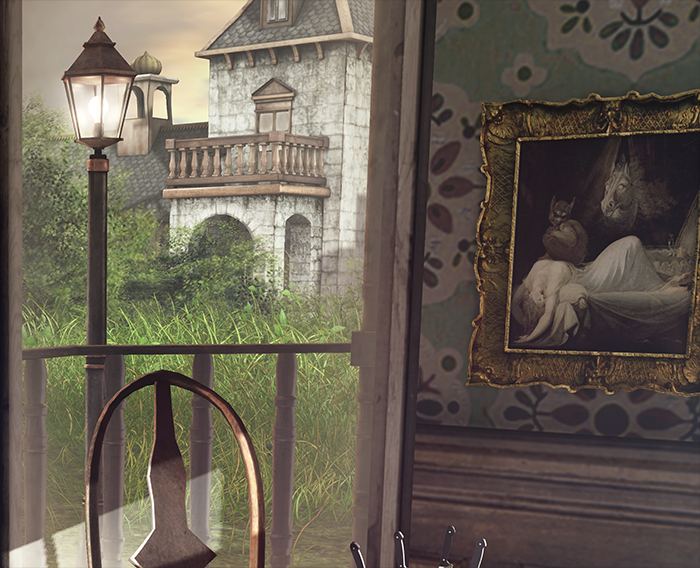 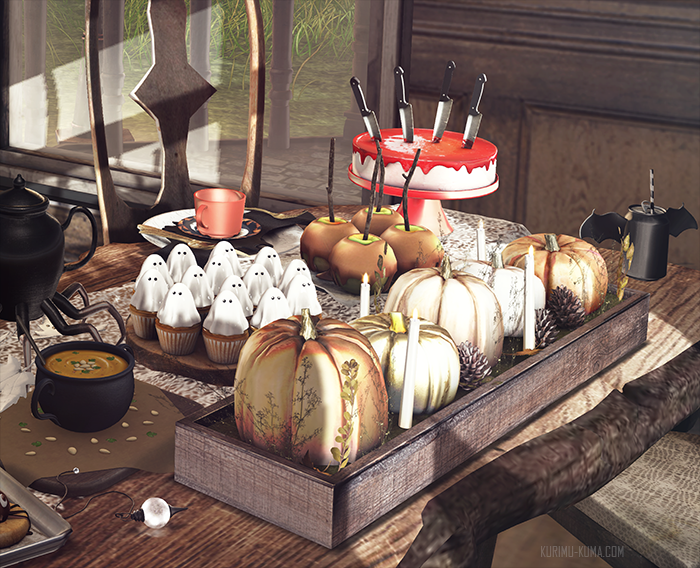 Something scary is waiting to tickle your tastebuds into submission. The atmosphere may be spooky but it is equally inviting, the food may go ‘boo’ but you won’t be able to resit. It only tastes one taste. One taste and you’ll be ours forever.

The following items are by Refuge and available at Trick or Treat Lane.

The following listed items are by Ionic and available as a gacha at Equal10 event. The gacha set is called Halloween Party.

The following items are by Ionic and available at the Mainstore from the Espirita gacha set.

The following item is available at the Ionic mainstore and is not part of a gacha.

When I look down at the world