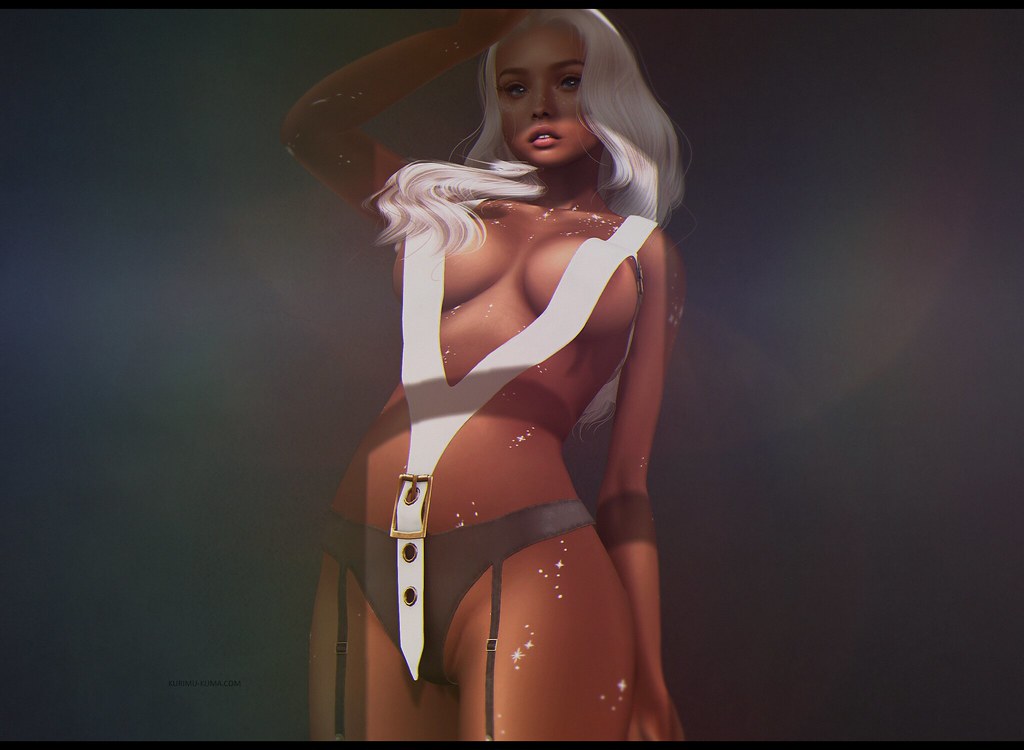 As the title says, I was playing around with shadows. At the same time however I was watching/listening to a Netflix show called Lore. I’m not ashamed to say, that in the full bright of afternoon I was decidedly uncomfortable.

As soon as it started getting grey I had to turn on the lights, all the lights. It’s a good show, probably made more unsettling to me by the fact that it is all based on real events. Once realism is introduced to a scary thing it never fails to scare me.

I can not however turn it off. There is just this overwhelming, morbid curiosity. Like being stuck in a tale you don’t think you can finish but being far too enraptured to stop. I don’t like scary things.

I don’t believe I deliberately pushed that scary over into my pictures by playing with very dark shadows…or did I? Was it something completely unconscious. I like to hope it’s more pretty than scary. A playful flirtation with shadows. That’s what the extended title shall be.

In this flirtation my avatar has chosen to frolick around in a body suit from Pure Poison which for me and my avatar (at least in these days) is quite daring indeed. There is however just something I love about the buckle in front. I love where it sits, I love the holes in the strap and I love the ones under the arm. I decided it would be perfect to catch in a picture. Shadows provide their own sort of concealment too just as much as the outfit does not. It is  great combination.

The spattering of snowflakes along the skin is a pretty snowflake tattoo that puts me in the mind of twinkling starts at the same time. Although it is concealed in the shadowy parts there is also one for the face and it brushes along the tops of the cheeks and over the nose. If you look closer you’ll see it.

Only look closer but don’t fall in. Shadows love the curious sorts.

You could have one of these…