Stumbling along captured moments as images is one of the things I like most about taking photos. I hadn’t planned this session to turn out like this when I was decorating, I had a completely different outcome set in mind. However I happened to be trying out poses for my next post and the scene struck me and somehow…restful and weekend-ish. It makes me think of sunny weekend mornings and Sunday dinners with yummy puddings afterwards. Preparing for the influx of family that will soon be round for mam’s cooking and having to call for nieces and nephews running up and down the back garden.

One of the people I showed this picture to was Ichi and she promptly ruined the innocence of this piece, so much so I almost didn’t post it because it was all I could think of after. Note to self, never show perverted girlfriends your innocently taken pictures. They will ruin it for all time. I won’t tell you what she said because I want you to retain the innocence of my captured moment as I once did. 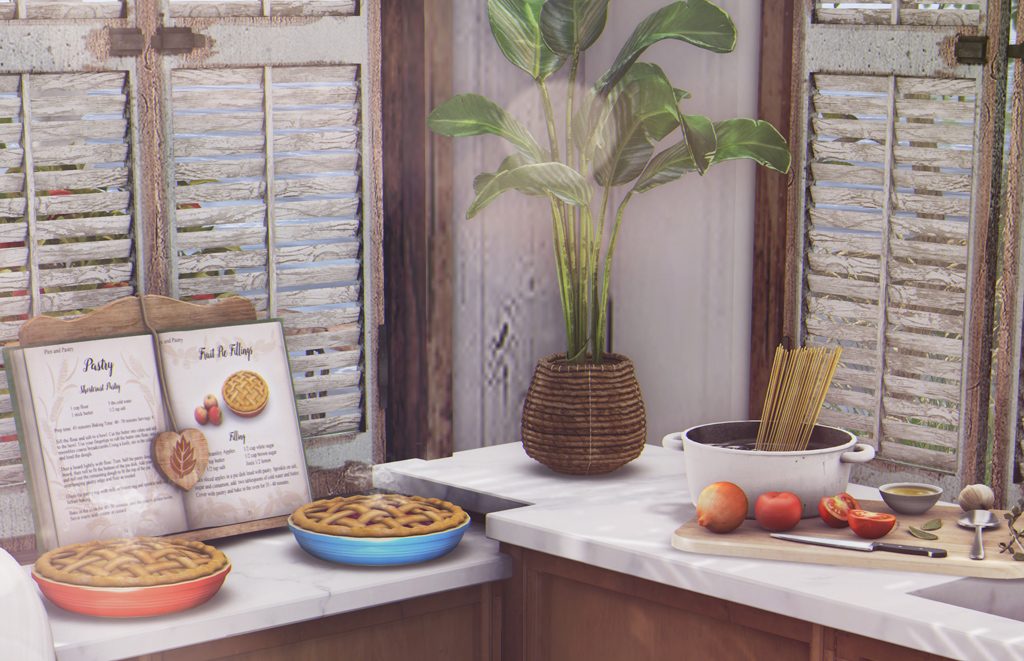 I’m sure I have mentioned before how I love virutal food items in Second Life so as soon as I rezzed these pies I wanted a pie for myself. A real life pie. Unfortunately there was no pie to be found so I had a toffee sponge with custard instead. God it was good. Funnily enough dinner was also Spaghetti Meatballs. Coincidence? I begin to wonder but those tomatoes look amazing. That board with it’s pot and chopped vegetables near nigh broke my heart with love and something akin to nostalgia when I rezzed it. These are staples that need to live in your virtual kitchen stat! They are so pretty! and to finish it off there even a lovely dish rack to go on the side of your sink too. The image is complete. 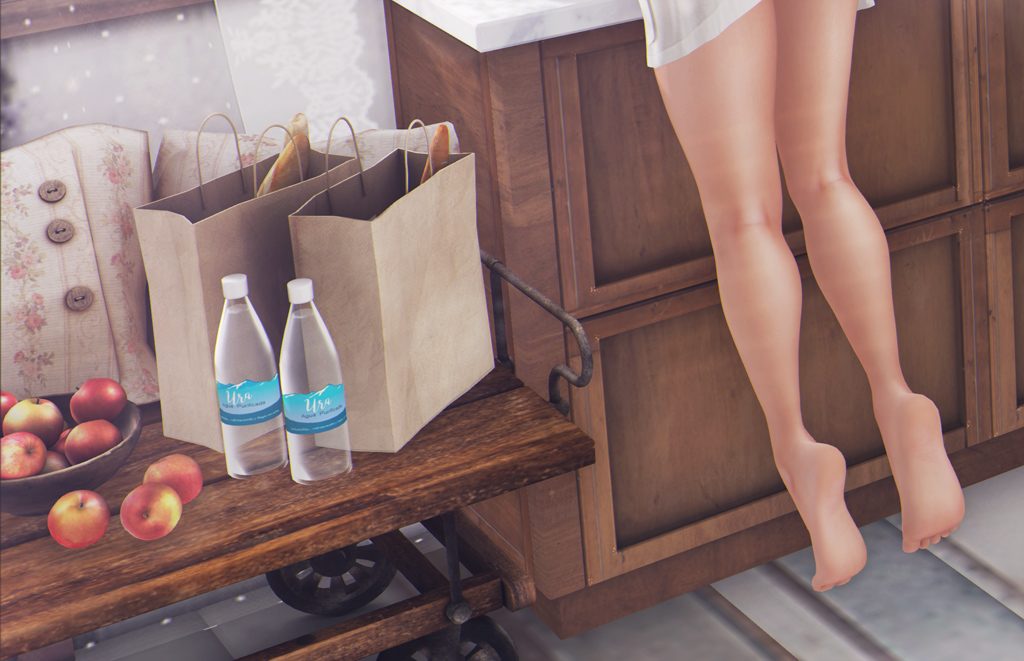 I’m off to have Sunday dinner and watch the new series of Doctor Who. I shall soon let you all know my take on it, till next time, stay safe!

All items listed in the credits above have been kindly provided by the creators of each store for blogging/review purposes.

A night of Black Magic

Not sleepy at all

I have a cup for you