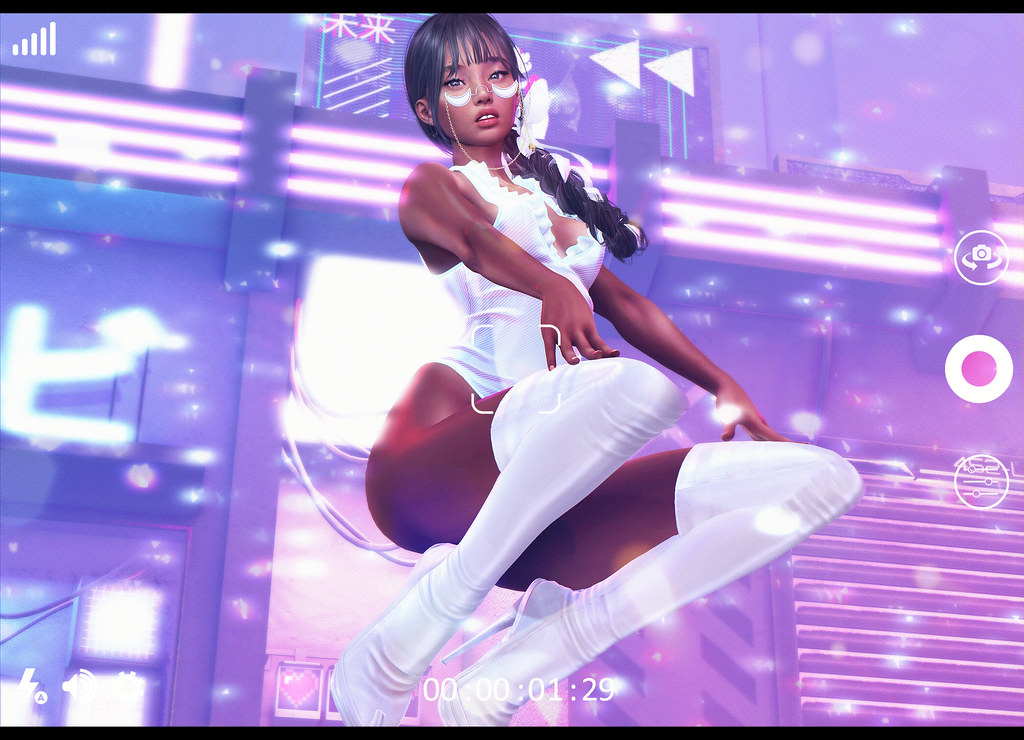 It’s been so cold for me the past few days that all I’ve done is curl up exhausted after work and gone to sleep in front of the TV. I feel so listless and it is far too cold to be outside of blankets. I don’t care what anyone else says. You’re all lying to me. My achy, half frozen body is telling me a whole different tale and I’m inclined to believe it over anyone else. We would both be so useless in colder climates. Utterly useless.

I did get to bake this week though, that was fun. It made the house warmer and I am not ashamed to say I spent my early evening on Monday hovering near the oven as it was the best feeling. I haven’t baked in what feels a long time to a reborn baking addict. I stopped for a bit because I kept eating all my creations. I mean what else do you do with it? We are in quarantine lockdown. It’s not like I knew a lot of people to begin with and I won’t get to see people often either. There is nothing else to do with my creations but eat them. Monday however, there was an excuse. There was a birthday. A very special birthday and so I baked all the love in the world into it and it’s been my best cake to date. It was so good. It tasted perfect and it looked…almost perfect. Could have been better still. It was wolfed down in seconds. It was a chocolate, strawberries and cream affair for the curious. I was very proud.

Since there was no baking to be had yesterday, you really do have to watch it when you aren’t doing any real excercise whatsoever, I tried to be creative elsewhere. As much as I wanted to just curl up and sleep, I had to be firm with myself. I wanted to take a picture but I equally wanted to sleep just as much. Only one could win out and what a tussle it was. A cup of coffee later and I was somewhat awake enough to battle through. I probably went overboard again but, hear me out, I do have inworld unedited shots for you so you can see what it looks like in-world under the low settings I use for everyday sim hopping. The windlight is also different from what I used for the shot. I use Nams for the everyday. The light in the image is coming from the backdrop. 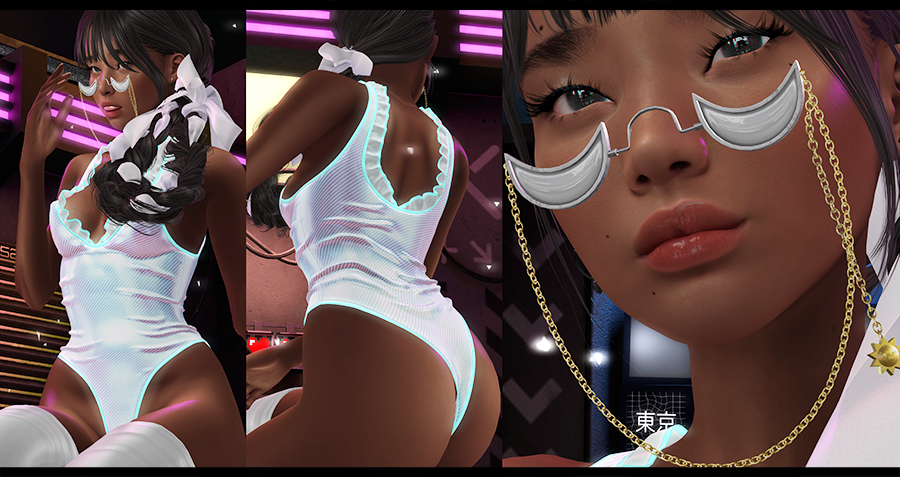 I wanted something bright, fun, neon looking and sort of space/future themed but simple. I have mad respect for people that can make a simple capture look intricate at the same time. How do you do it. Please share some of your magic with me. I could use some and a drop more. I also wante to make it look like she was crouched on top of a glass floor with futuristic panels but I couldn’t find one of those. You’ll just have to enjoy the sparkles only. I love those sparkles, I got that effect with Lagom’s glitter. Isn’t it pretty and eyecatching? Love it.

The boots? Look how cute they look from behind. As for all the glitter this is the Lagom Glitter in White in it’s natural form, as you can see I barely did anything to it and look how pretty. This is also what I meant with the slightly nsfw in the title. It’s fair to say you wouldn’t want it on your screen at work but we are all mainly working from home at this point perhaps…?

*all above-listed items have been kindly provided by creators for blogging/review purposes.

Shape: Micamee – Sana shape *I did edit mine but it is a cute shape for Lelutka Lilly and it was reasonably priced too*

Hide Away In the dark

Hows about some spice?