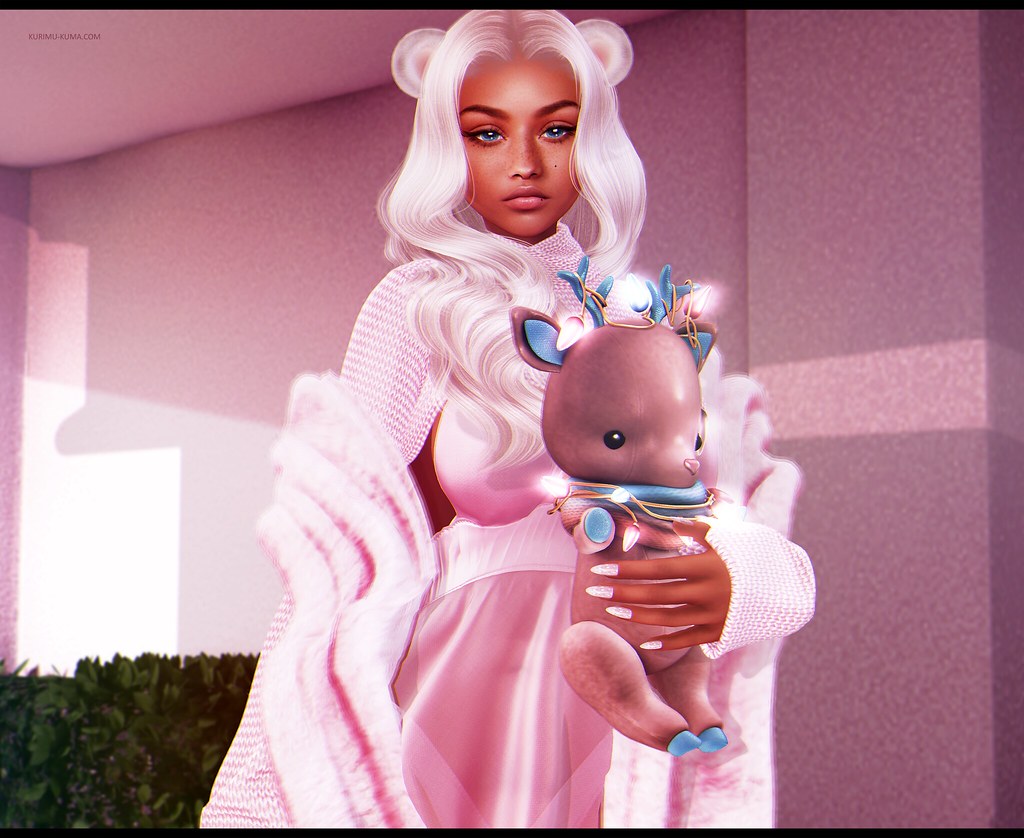 Baga inspired my title because that’s me with all things pink. I’m convinced that everything can look much better with some pink.

Did you all have fun during the Black Friday sales in Second Life? because I know I had a ball. I started off not thinking I would be shopping any sales because nothing really jumped out at me. Then Trompe Loeil had a gift card saleeee~! la la~! and naturally I was all over that like a rash. Because….Trompe Loeil. I don’t think I have to really say more. I like to pick up a card because I know at some point I’m going to want a release and at that point I’ll be broke or virtual rent will have to come first. However with my handy gift-card I can whip it out like a gold master card and go ‘I’ll have that’.

There was a small issue with my old card but do you know what? the creator was so nice. I couldn’t possibly recommend the experience more. I was so happy it was ridiculous.

Then my sales journey continued into gifts and then back to selfishly purchasing things for myself. One of the numerous places I went was Pepe because obviously skin groups are great places to go to during sales. The results of which are staring at you right now. I bought a skin on sale and I also bought the new beta body appliers which also came with a free skin. I love the new body appliers. I mean I loved the previous appliers but the new ones are so pretty too. They unfortunately don’t match with the old skins and there wasn’t a promise that it would. They did however match the free skin included.

Due to the fact that it was a sale it meant I could afford to experiment. I think she turned out adorable! So I teamed her with clothing from Collabor88 and this adorable cuddly plush by Yokai. The other reason why I took this picture?

Well, I was sure something was wrong with my graphics card because I kept getting the strangest blocks of colour on my images when I took them. Shadows would be in four squares across the page. There would be random white patches too. Inexplicable. It only happened when the picture was taken and appeared on the computer. In-world all looked fine. So I decided to try uninstalling the Baked on Mesh release of Firestorm and went back to the previous.

So far, touch wood all seems to have rectified itself. Not a single patchy picture to be found yet. The results of that test means that there is finally a picture for you today after my silence for a little bit. At last we get to the bit where I get to say…here come the credits!

I’ll take you for a ride