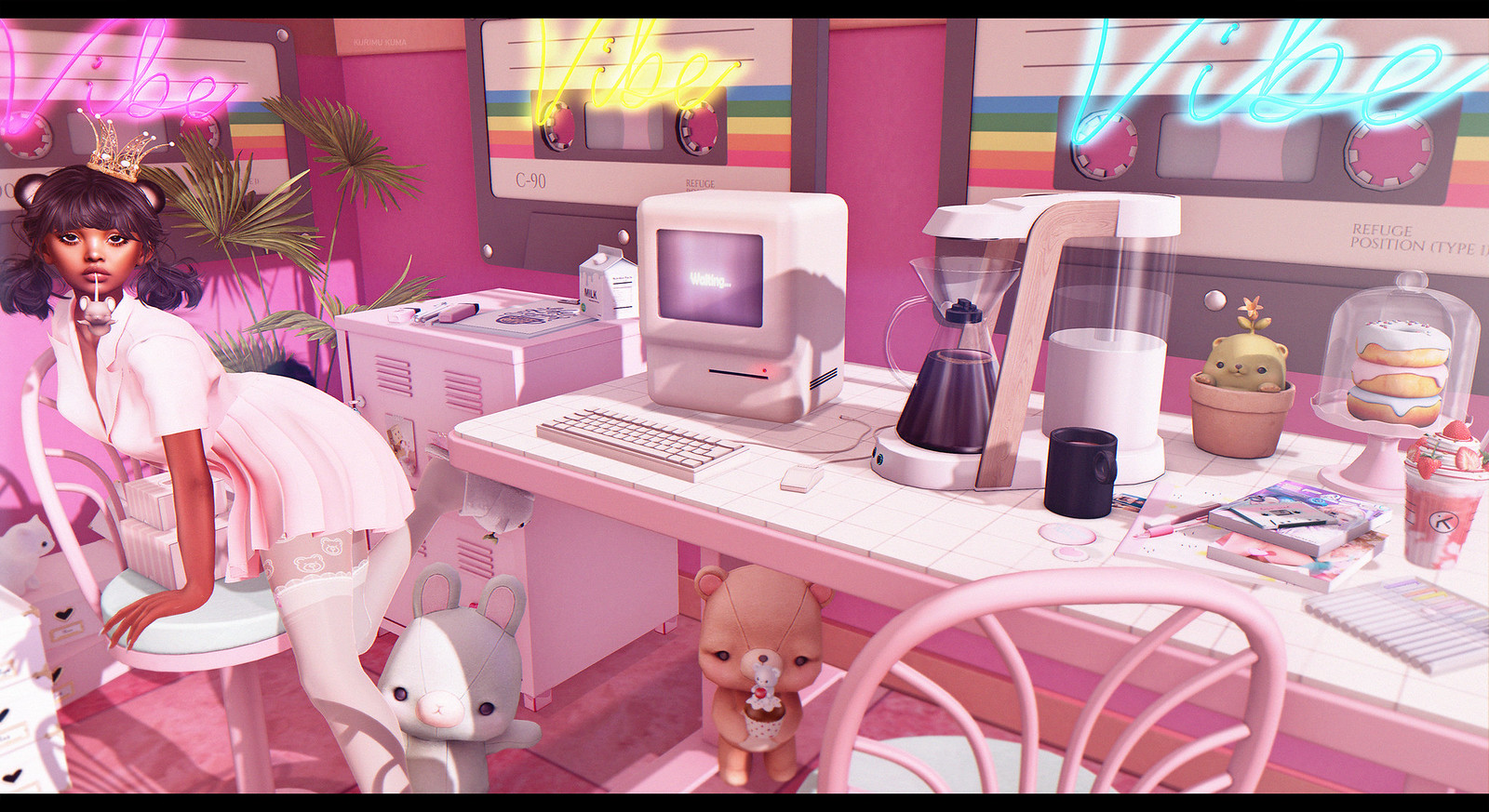 Hi everybody, I really had fun making today’s image. I haven’t had a play around with my favourate plushies in a while. I forget just how much I love to be surrounded by the cute little critters I adore. I’m also lost in fun shades of pink too. I really wanted my avatar to be in a standing position so that I could show off the dress to it’s full effect. However, while running through the poses I found that I really resonated with this one and suddenly another idea was born. I was now stuck in that familiar place of deciding whether to go with the pose that seemed to fit the image or the one that displayed the item better. 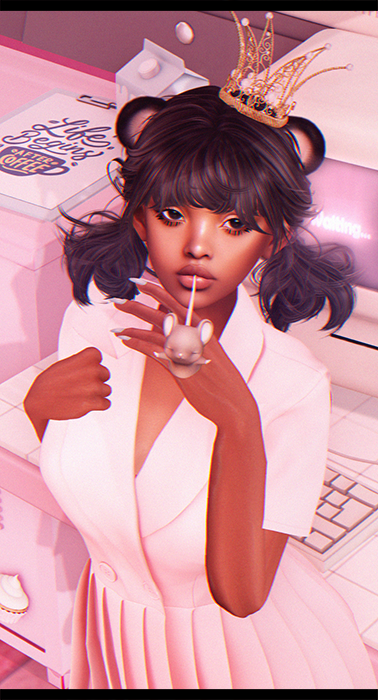 I had to follow my heart and go with this pose because I really liked it and thought it was best but this dress is so cute that you still have to see more of it than just a shot from behind. It is to that effect that I have included another shot. I took two and cropped down the second for you. I would say two birds one stone but it wasn’t really one stone at all, it was two birds, two stones and it was still awesome. I want to say that I really love this set by Refuge, it’s really cute. I feel like I stepped into some 80’s anime. I love it. That computer is so cute!

I’ve named it Chonky Boy. Chonk for short and he is the cutest, virtual, old-school computer in all of Second Life. Parked alongside the modern looking and super stylish coffee maker by Fancy Decor it just somehow looks so much more endearing. Speaking of the coffee maker isn’t it the most beautifully minimalistic looking coffee maker you ever saw? Because there was still some space on the table I didn’t want them both to feel lonely so I added some of the cute clutter items in my inventory and this yummy drink by Kotte. So, this is the third time I’m featuring these drinks because…look at them. If you don’t crave one looking at it then I don’t know what to tell you. Perhaps it’s just something to do with me…maybe I’ve been locked in too long but I have a long overdue visit to Costa in my future and when I get that I’m going all out. I had almost forgotten I even had half of these things filling the rest of the room and I can’t imagine why. I should take more time to go through my inventory and reaqaint myself with some of my year old purchases again. I’ve got some adorable things in there.

*All above listed items have been kindly provided by creators for blogging/review purposes.
**Mesh body used is the Maitreya Lara. Mesh head is the Genus Strange. Skin is by Tres Beau Kitty skin

Alone in the Dark, again?