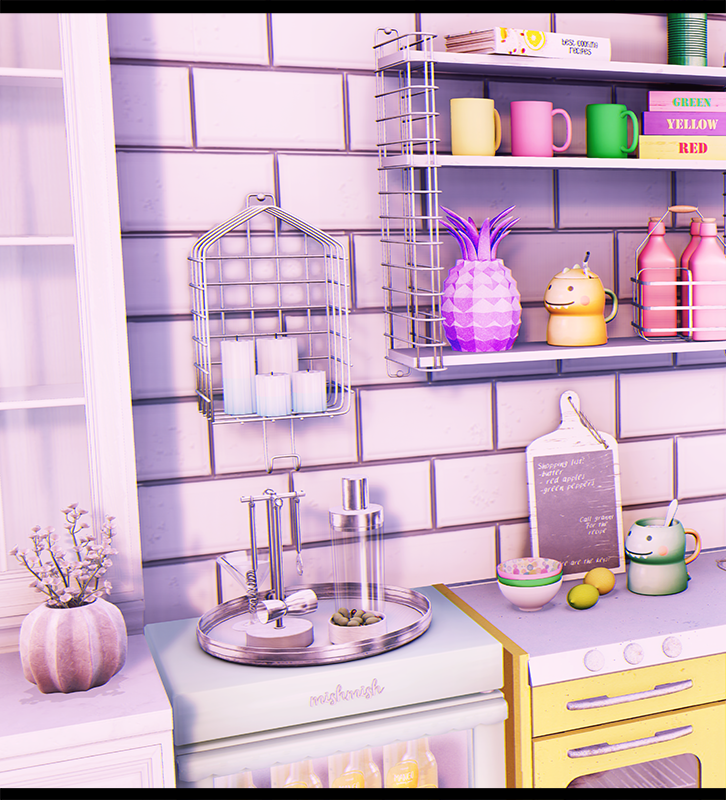 Hold on to your seats for today is an image packed day and also the traditional (at this point) last call for Collabor88. It’s a ‘cooking in the kitchen’ kind of day and you know what those sort of days are like. It can be chaos. Since colour is something that is very much appreciated this end of the internet it is not surprising that we would fall for this kitchen set. It’s that happy colour pop that you need, no…everyone needs in their life. It was a day to swap cookers and plug in a jolt of colour in the otherwise pure white kitchen. You’ll never even know that it wasn’t ever like this to begin with…right??

To mark the occassion Bear decided to get some baking done.

Bear is baking one of my favourates, Cinammon Whirls. She was more than happy to have her efforts recorded as unlike me she loves the camera. Any chance to show off her love for food and it’s preperation in one go is a welcome thing as far as she is concerned. Cubby seems to share this love for baking as it was almost a battle to avoid getting him in the shot too. Bear kin can be quite stubborn once they’ve got a mind to do something. He’s far too little though so we slipped in a stool to help out on the height front. Nobody mention it and all should be well. 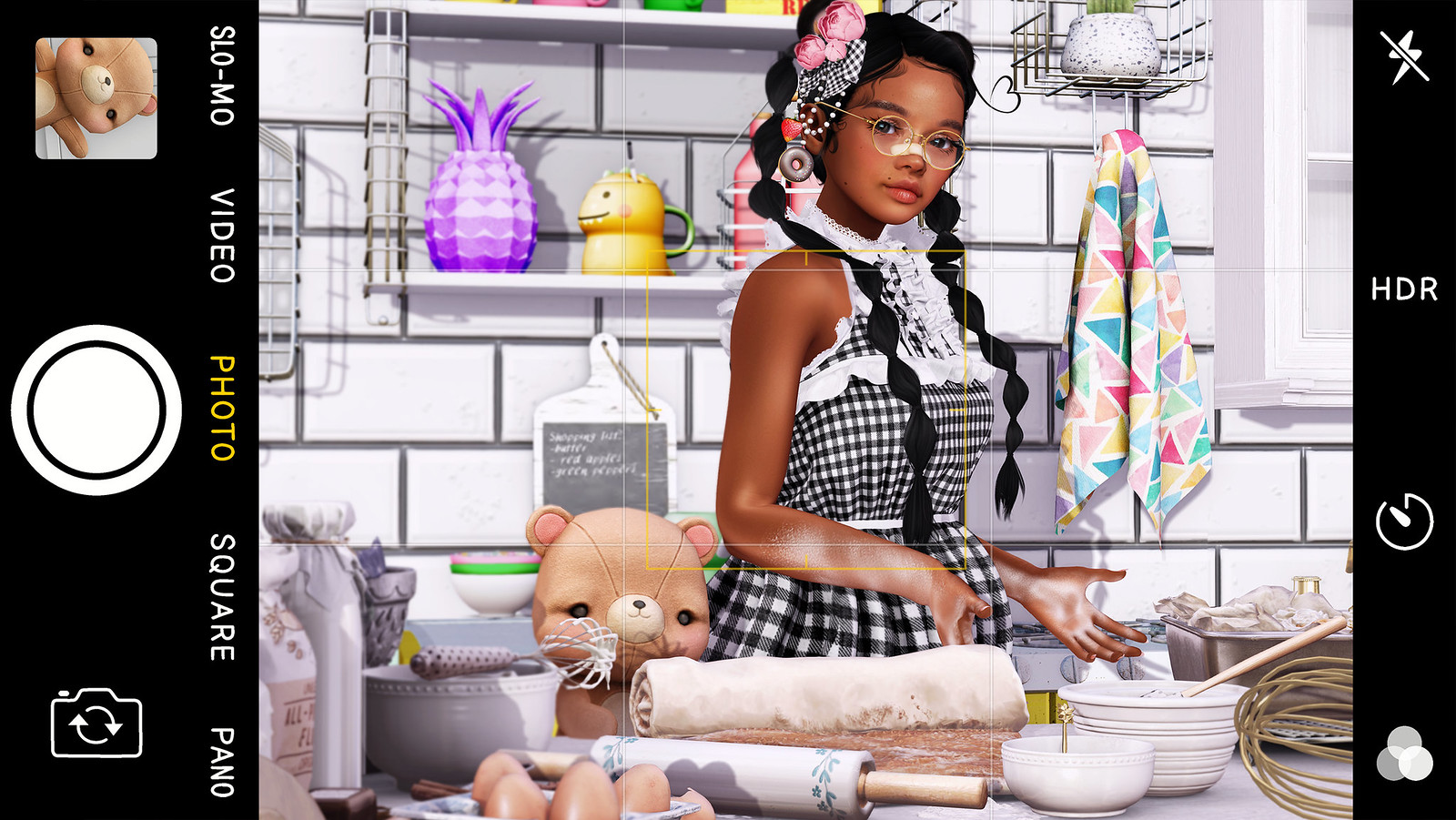 You’ll probably recognise some of today’s shots from this post here. They had been taken earlier in the month however I wanted to wait until after the post to put up the blog post. The posting schedule didn’t happen quite as intended due to reasons mentioned in the previous post but it’s slowly catching up again.

This little piggy went to market