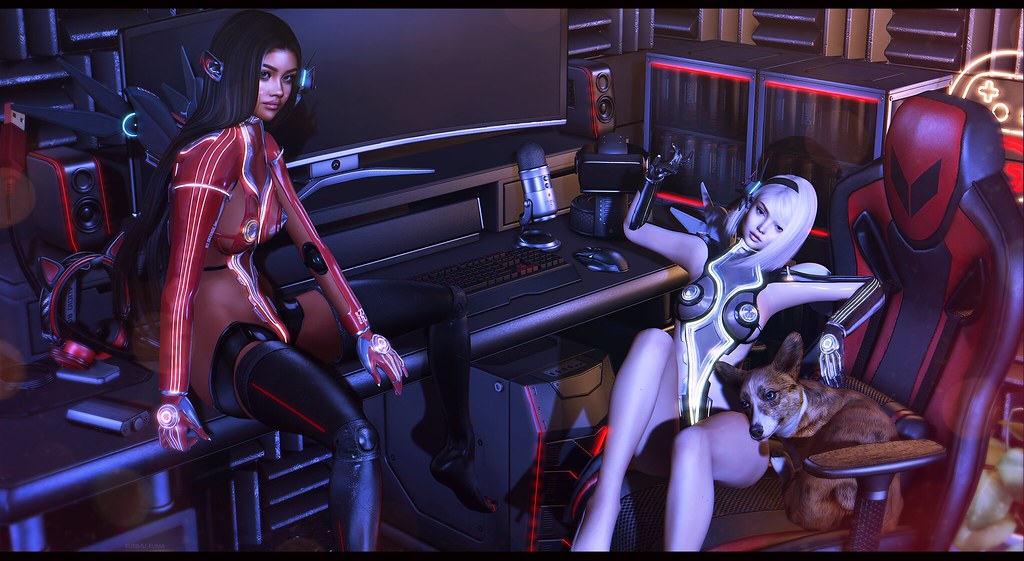 That’s the line that pops to mind when I considered today’s image. In a huge departure from my lovely pinks, I do think I might have been watching too many harem animes.  Now the responsible part of my brain knows I would not wish such torture on myself, seeing as I can only deal with two people at a time, the idea of a harem sounds horrible. All those feelings to consider, all the worry of unconscious favouritism. This is all before feelings and love tension is added into this miasma of human emotions.

Another part of me thinks of having that many potential friends and just dies from the candy store of opportunity that just opened up before me, if only I wasn’t scared rigid at the prospect of doing it all wrong and offending someone.

When you then add love, triangles, attraction I almost enter a catatonic state. I can’t even figure out when one person like-likes me let alone more than one neither am I equipped to deal with people liking me in that fashion. I have a few failures under my belt to prove I am woefully inept in this area. Hey…maybe I really am suited for this anime genre!

Long story short, when I saw Bamse’s gacha for The Arcade I near nigh wet my pants. Okay, that was a gross image I am sorry, here’s a puppy! Anyway…Omg I was like (and watch how my writing falls apart) Oh M Geeee look at that set up I’m gagged! True story. 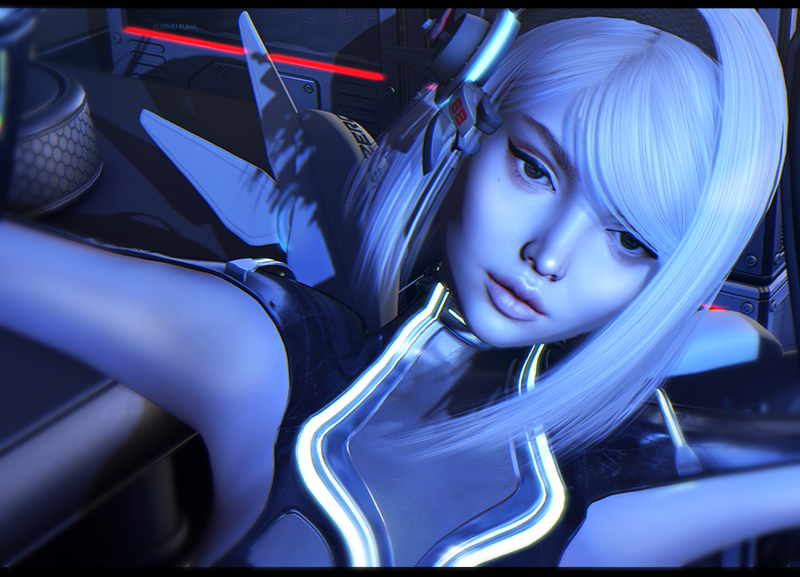 The girl part of me that loves gadgets and electronics and all of that…all of it. I’m doing the hand gestures and everything right now. All. Of. It. I needed a moment alone just to eyeball everything. I then thought, I know what would go perfectly with this! Sexy Sci-Fi robot girls. They go very well with the set up and make me think of persocoms.

And although I use the term Master, I hadn’t actually set it up with the intention that a guy would be sitting in that seat. If you put him in there you’re going to have to throw him out. That’s my seat. I’m not even preening right now (I am). God help me, I’m strange aren’t I. In real life I have a scratty computer chair that breaks the back of even the most yoga-centric individual. My keyboard is not nearly as impressive and my computer is as slow as a tortoise. Yes, you heard me computer, I’m talking about you. You know it’s true. However, we have to play nice because if I scratch his back, he’ll scratch mine.

Yes, my computer is male. I don’t really know why. It just is.

My favourate item was actually the PC base. It is hard to pick just one thing but if I could only walk away with one thing from it, that’s what I would have taken with the screen coming a close second. Since the Cyber fair is on I thought ‘ooooh, I know exactly where to find more augments’, Cubic Cherry! 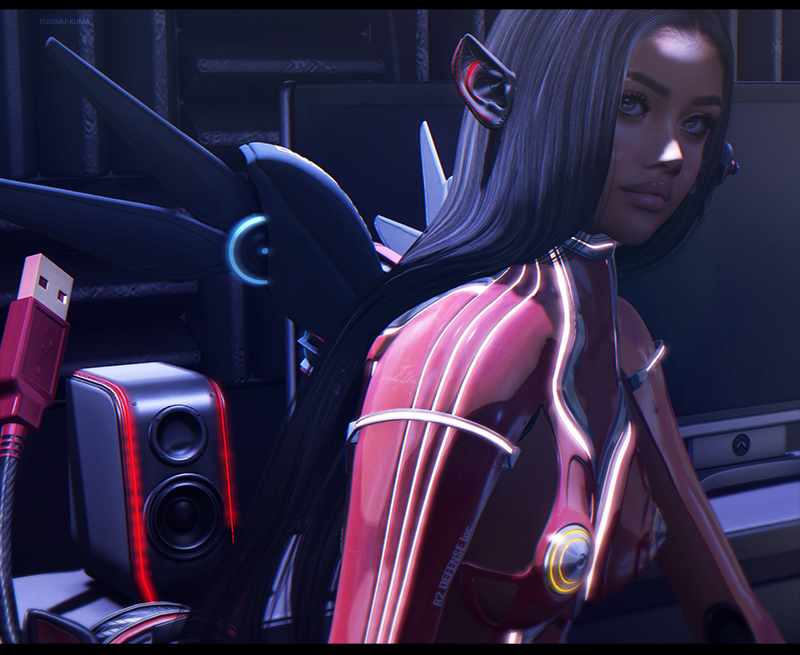 Robot girls can’t be all human right? It’s nice to have a good mixture so out came the ears and the legs. The legs were perfect for this. I even matched the colours to the image. In the HUD you get more than just red but red was pretty important to the image so I went with that. I even added Sweet Things ball-jointed doll applier in order to add more feeling of being pieced together.

I know I blogged the tail before but in this image it was even more perfect of an addition. You have to charge your robot girl somehow right? Somehow I wasn’t sure it was all too clever to hide one where Chi had hers. Don’t know where she had her switch? really? Use your imagination, it really won’t take long at all. Still don’t know? then be thankful that your mind is pure and sweet. Let’s take you to the credits instead. Before that though, here’s a collage of in-world shots taken that I haven’t used any coloured windlights on nor touched up. 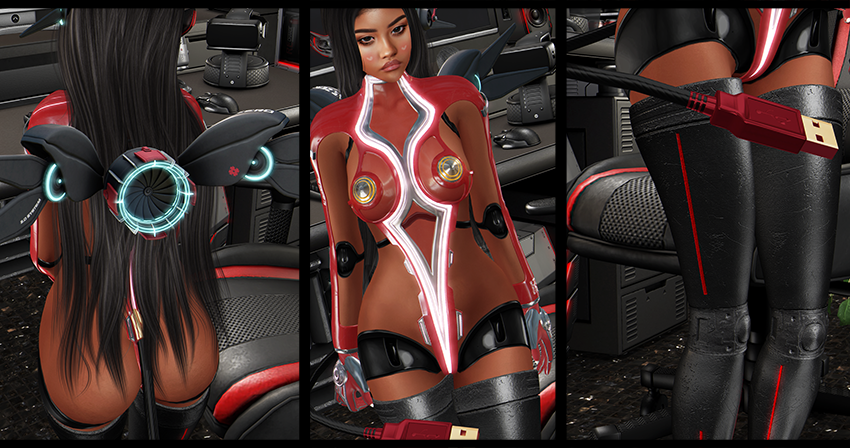 **mesh body used by both avatars is the Maitreya Lara mesh body. My avatar is using the Lelutka nova mesh head and Satomi is using Genus (Classic I believe)

***SOME NOTES: The light on the suits can be edited/modified in edit mode to change colours. The ears by Cubic Cherry where moved outwards to maximise their ability to be viewed admist long hair. 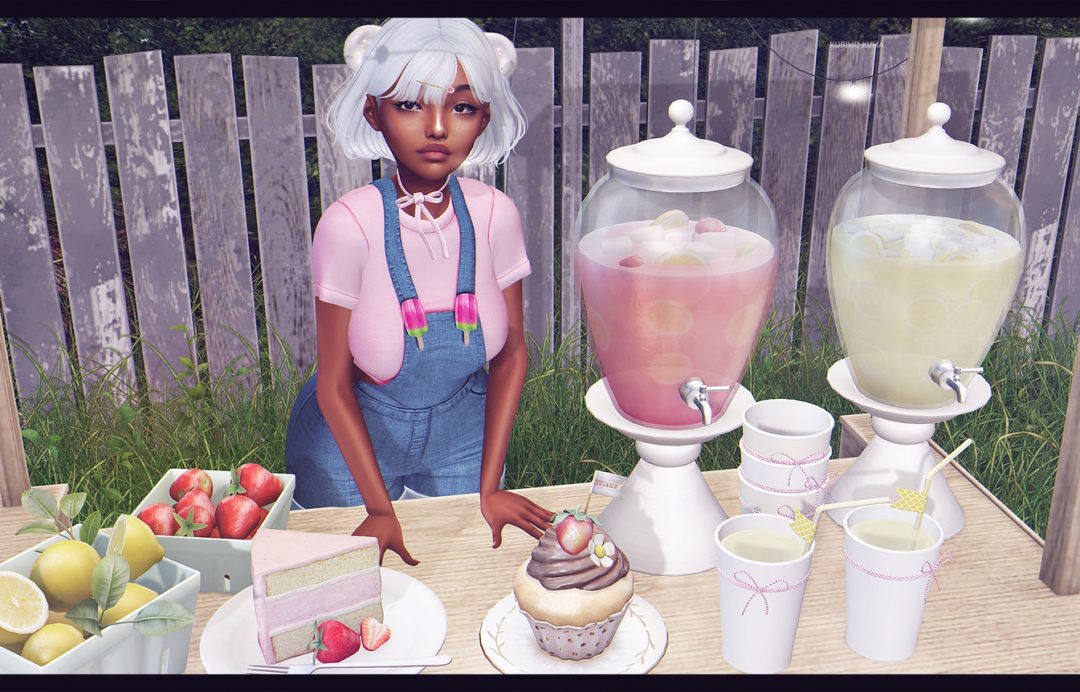 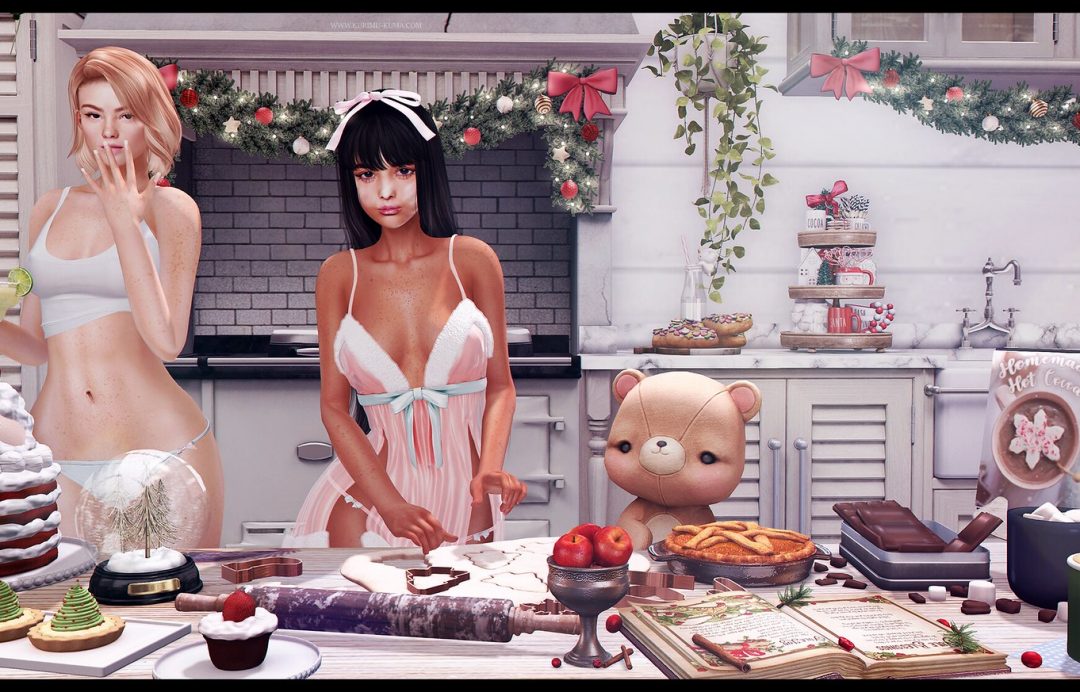 Baking with Bear in our Underwear 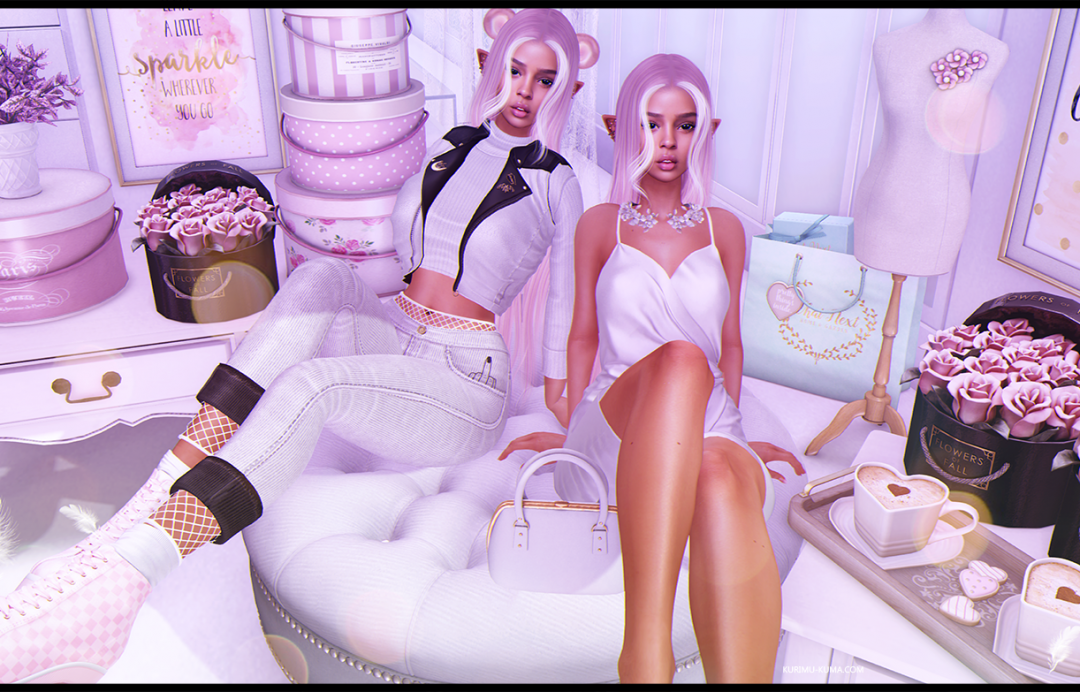