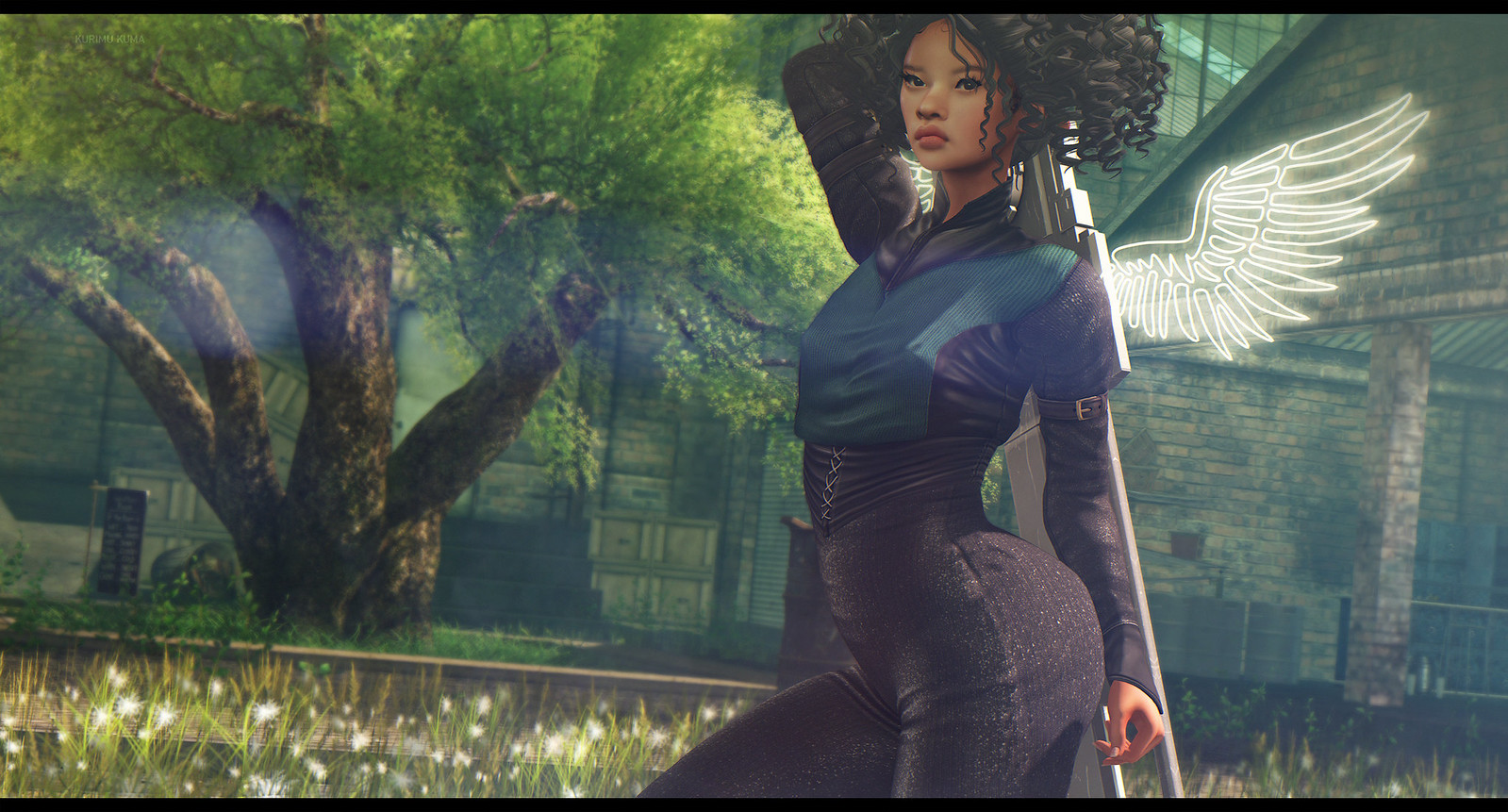 This outfit is by AsteroidBox and it was so neat that I didn’t want to just take a simple picture for it. At the same time, I didn’t have any ideas for a background and all the things I was thinking about were made up of things I just didn’t have. I would never have been able to make the background I wanted as I simply didn’t have any of the necessary buildings. backdrop/environments needed. I then decided that the day would be a day that meant I would actually need to get off my platform and go look around Second Life for a good enough location. At first I wanted an apocolyptic or a sci-fi setting but I could not find any if I’m honest.

At least until I stumbled upon this sim and it was lovely. There was no one on site so I grabbed a quick picture (that didn’t turn out to be that quick when I think about it) in front of this warehouse. I thought it was really pretty so it is the backdrop of my image. The outfit was just so cool that I really wanted it to have an environment to suit it. I even resisted the need to edit it. Nothing has been touched up as I usually do, it’s one of those where I’ve only played with the layers and lighting but not actually touched up any mistakes etc. I loved how it was in it’s natural setting.

You no doubt noticed that I added wings to it…because why not? it added a fantasy element to it but also those wings are beautiful. They are the wings Half Deer released for FLF a week ago or two now. It is still however available at the mainstore. Not at the FLF price but if you’re familiar with Half Deer the items are very reasonably priced. I know I’m a huge fan/frequent customer. Hey, it’s Half Deer, every item is special. I thought the wings added a magical element to what would normally be a ‘normal’ picture. I might not be explaining it probably but broken down I’m simply saying something along the lines of ‘at first she seems inconspicously human until the wings and that adds an otherworldly/supernatural touch to what is seemingly just a girl on patrol’

I also don’t think she likes that you are here, don’t believe me? here’s a close up. You should probably back away slowly… 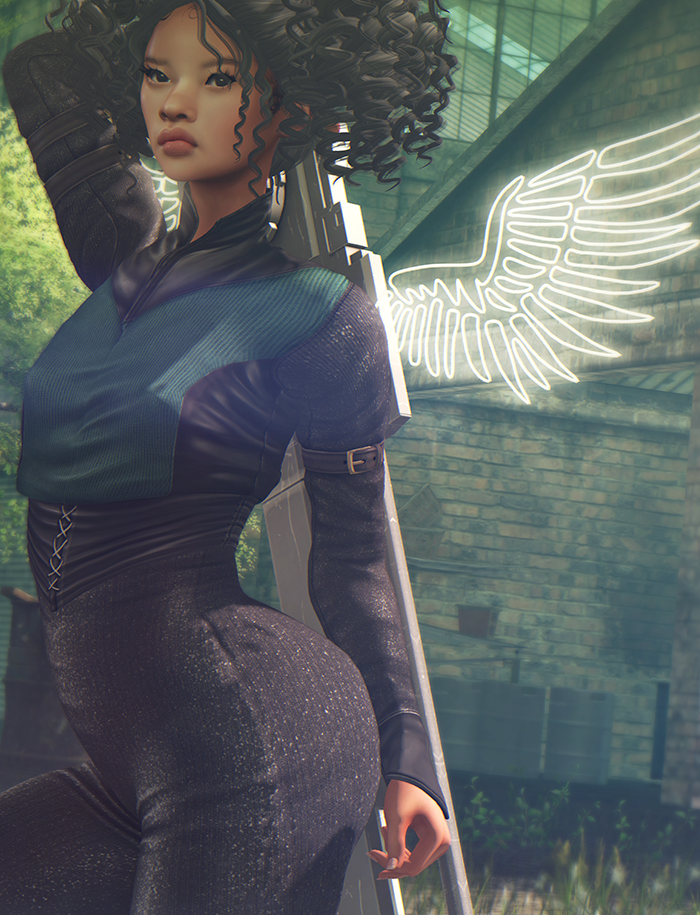 It’s a headbands sort of day

I stole your heart

You’ll always be Pretty in Pink