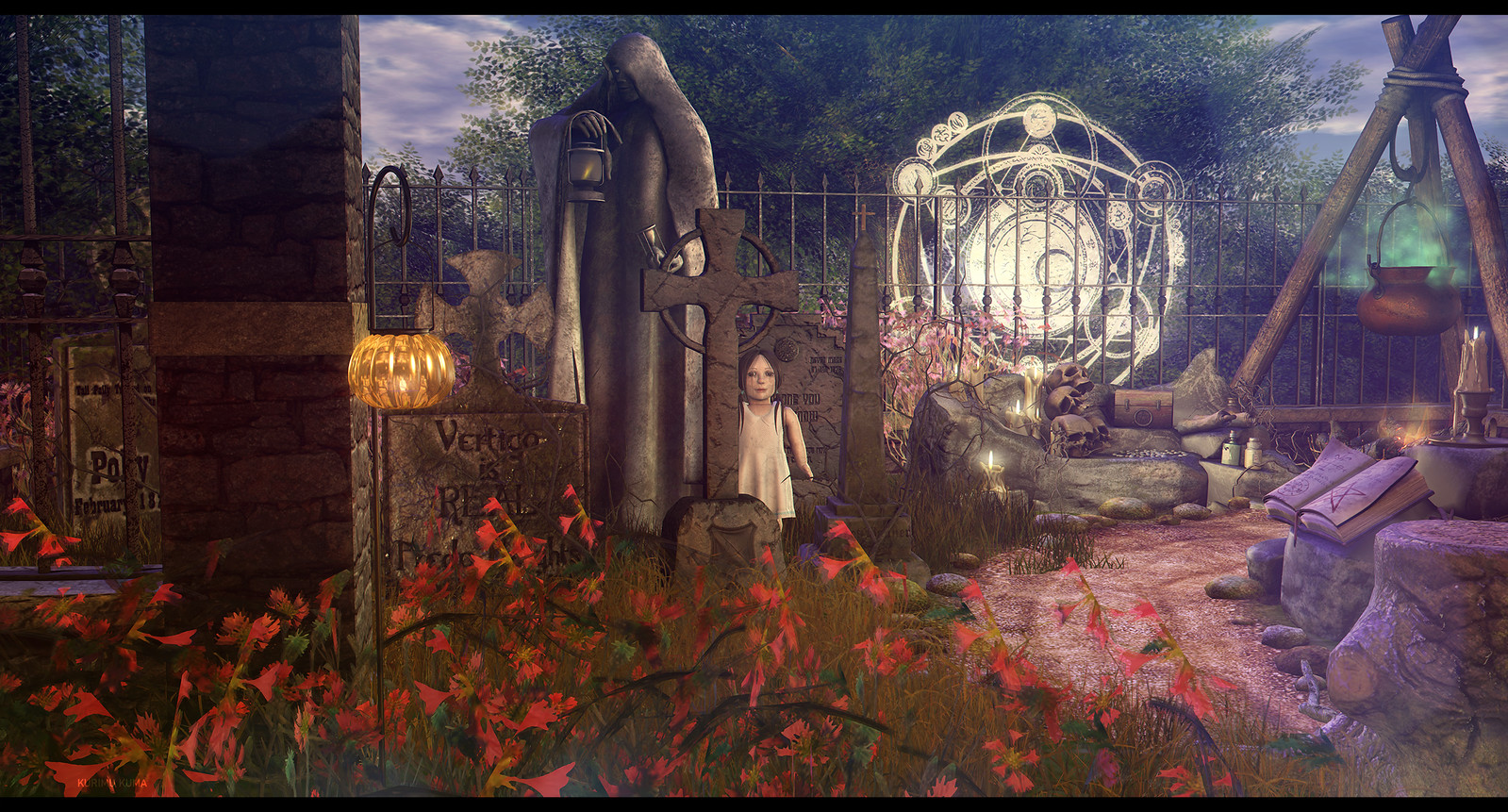 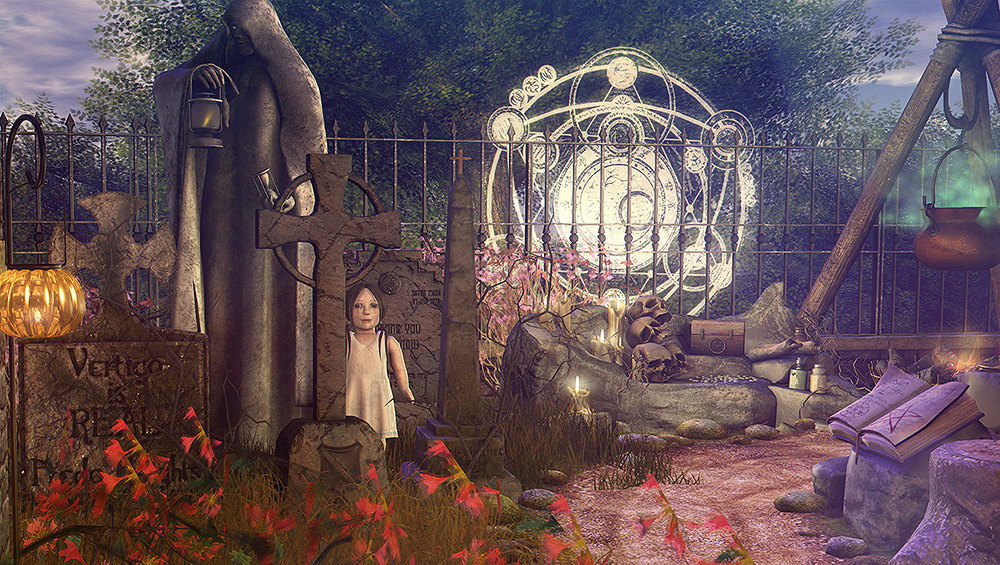 Generally I’m not the best with landscaping, at least I don’t think I am. However, I was still really happy with the way this set came out. I wanted something that looked like a scary halloween set for taking pictures in and I believe I got that. My bar wasn’t set high at all. It was set pretty low so the ending made me feel quite happy indeed.

It had the intrigue I wanted as well as managing to get everything into shot too. I even like the little scary girl. I mean if I saw a little girl in a cemetry, skulking alone through the gravestones at night time? I would freak out. Then again, why would I be crazy enough to be in a cementry at night. I have not taken leave of my senses. I liked adding the touch of the skulls and the spell book and cauldron because shenannigans were going on in this place. I probably shouldn’t say too much…then again it’s probably too late for you to leave now.

Can you see them?

Rendezvous at the Cafe

Over the hill, far away…

A relaxing spot in the country

In a bed of roses

Lets hide in the corner

Can you see them?