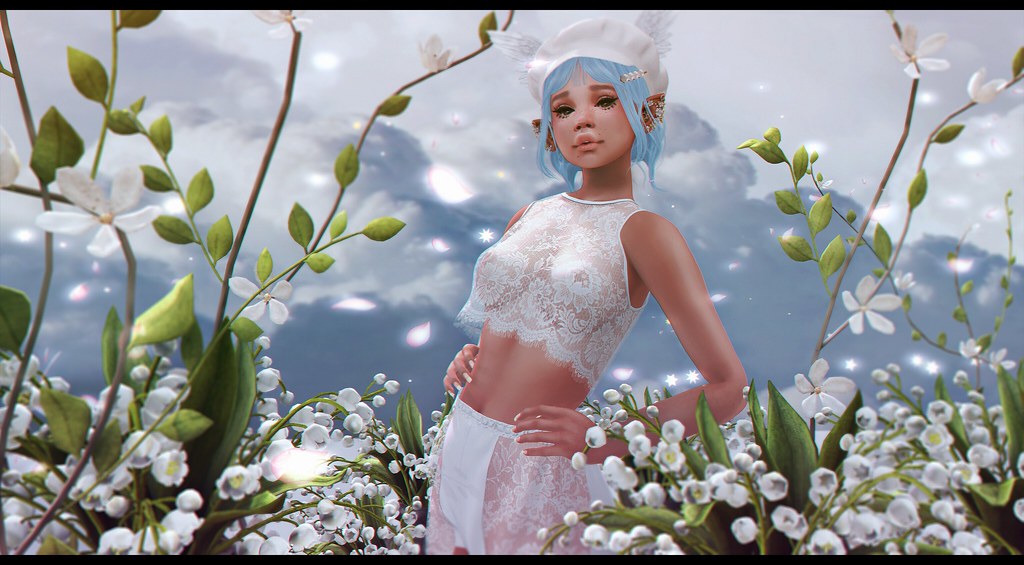 Today’s image involved me trying to be all artistic. I wanted to take a picture that I would have drawn and since I always liked to draw shoujo looking images with the flowers and the cutie girls with anime influences like the elfin ears and the wings in the hat and the adorably cute faces. I even gave her dark skin because I’ve been in a Marina (from Splatoon) phase for a little while and every dark skin character I see I fawn over because BEAUTIFUL.

In my picture I have used Sorumin’s amazingly pretty lingerie top and bottoms set. The hair with the adorable cap is by C’est La Vie. Did it look familiar? there’s definately a certain recognisable style to hairs by C’est La Vie. I adore this one. It doesn’t come with a version without the hat as I had initially wondered but I can totally live with that! Why? because the hat comes with a hud for 10 different hat colours so you could match that to a world of different outfits. It also comes with 11 colours for the hair bands holding those pigtails together. Last but not least it comes with two bang styles.

The wings are not part of the hat, these are by Kotte from one of her gacha’s called utau charms. If you go down to the mainstore you will find the gacha. The magically glowing stars you see are by Keke. It added that gorgeous magical effect to the image that I was so excited for.

As for the pose, it’s perfect for this and it’s by SEmotion. Let’s hurry on to the credits so I can show you were to get all these fun items. Some are event based and some are mainstores. 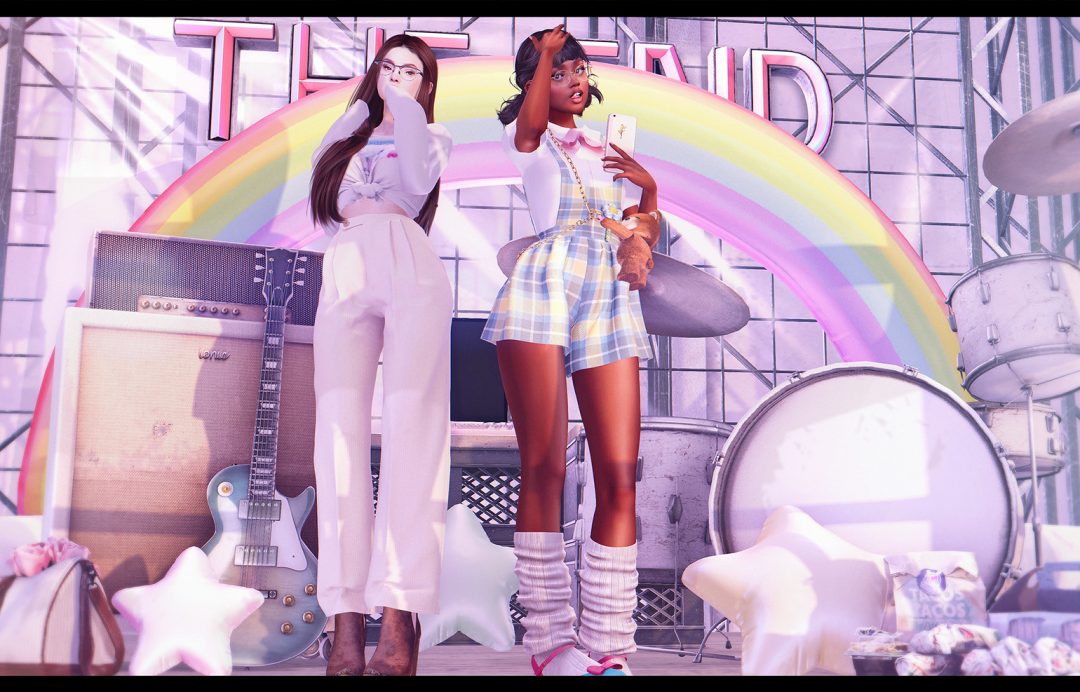 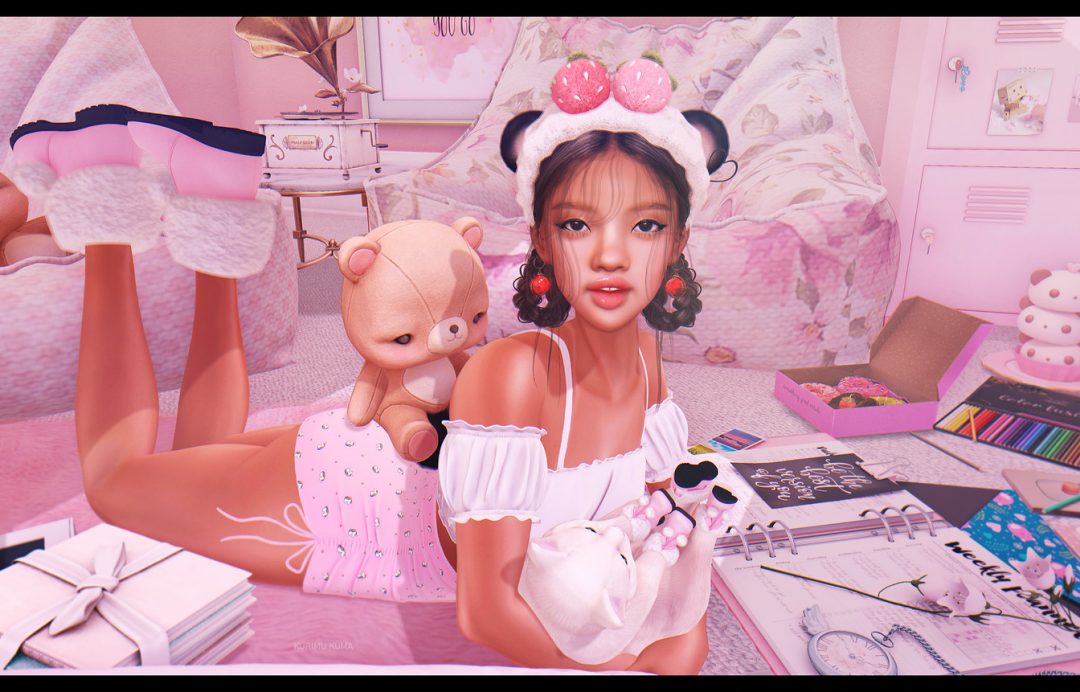