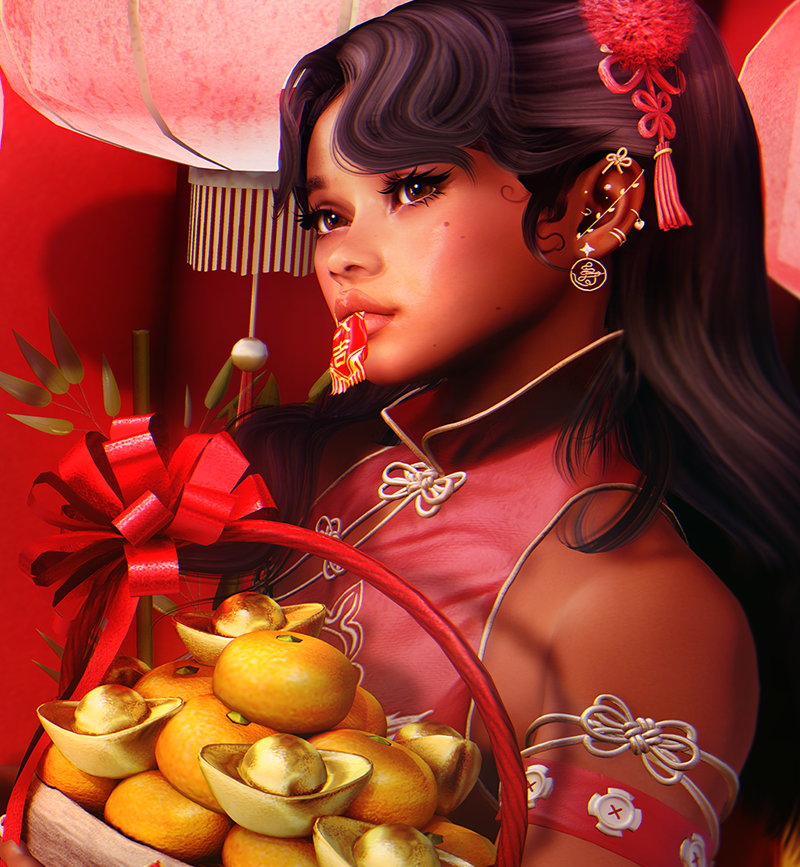 My Chinese New Year celebrations took a strange turn. It means my picture that was meant to go up is up a little later than expected for reasons that couldn’t be helped. Let’s just say it involved a trip to A & E and a lot of fretting. I’m back on track again but this time I won’t say it. So imagine I didn’t because I really don’t want to jinx it again. I think even my avatar wondered about the sudden abandonment as it wasn’t at all planned. The last I left her we were in the middle of trying to take a picture to celebrate the occassion.

I had initially planned on a completely different scene than the picture you now see before you. I then realised, after the days prior with their influx of similar images, that the picture I had planned would be way too much of the same. It happens and there was to an extent a small amount of items (to my knowledge) that came out for the day. Repetitions were bound to occur. As a result I scrapped everything and decided to try doing something else entirely. I decided to delve into my inventory and use items from previous releases as well.

I’ve focused on items from Kotte and Miwas.

The earrings by Miwas is what actually gave me the idea and so I wanted to set up a scene that would allow you to see the lovely detailing of the earrings because they are so cute. Bear would like you to focus on the food because…food. It does look very tasty I’m inclined to agree. I love my citrus and fruits just as much but there was a long talk about why it was important not to scoff it all before the shoot had ended. I dare say it won’t last long now that it’s over. Good thing I can grab the gift over and over again. Oh, didn’t I mention? why yes…it’s a group gift from Kotte.

Me? leading you on? never.

When you leave the window open

Something sweet for you

Another study in relaxation

When you leave the window open