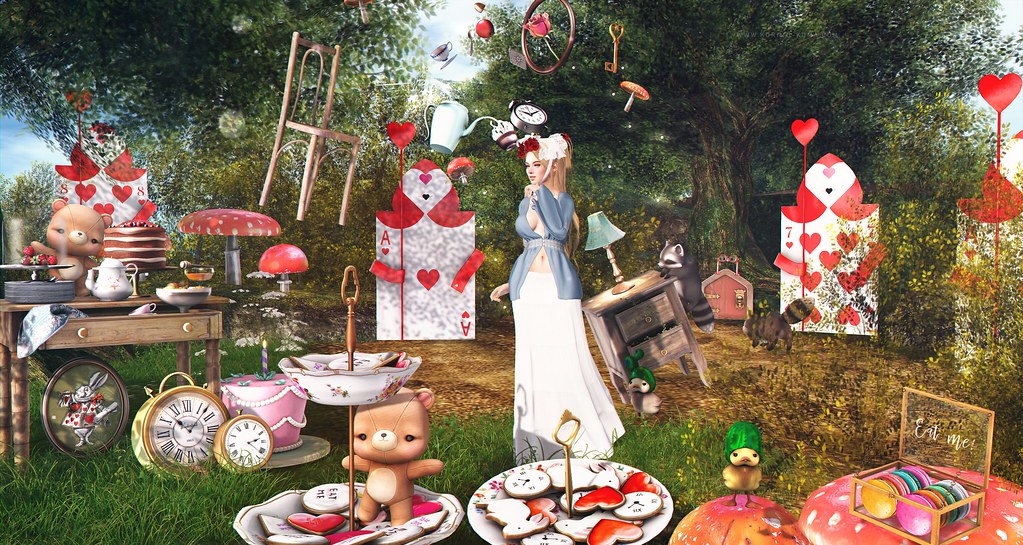 I initially had a completely different idea for this post however once I set it all up, for lack of a better phrase, it sucked. It really did. I had this grandiose mental image of what I wanted it to look like and it was awesome. It was so awesome you all would have been gagging.

Then I put it together and I thought…nope. This is just not going to work. I must have come at it at every perceivable angle and no. I wasn’t at all satisfied. The next day I got the idea to just rez it all in my landscaped area where I have a raised pool (GETTING READY FOR SUMMER) and it suddenly occurred to me that it might work.

It wasn’t what I had originally imagined but I liked this strange presentation of items. Some big, some small and some floating around in this section of the woods. Like stepping into a small pocket of magic. Up is down and down is up. Big is small and small is big. We haven’t even had a cookie yet.

I hope you enjoy the image and I have some detail shots for this one too because it is quite a large picture.

The detail shots and credit images below are used from the unfiltered version all items can be seen clearly. 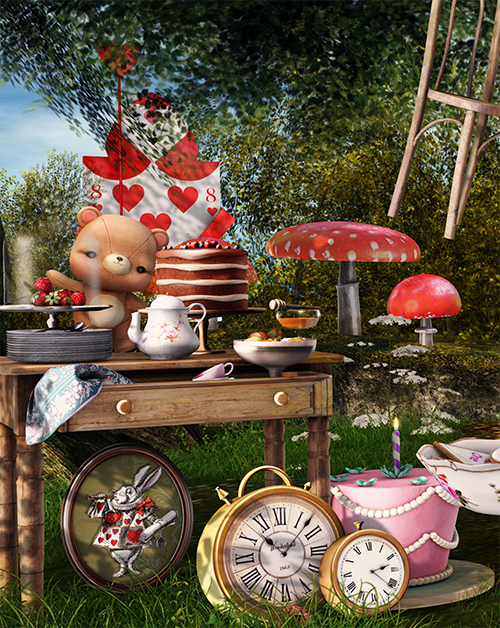 To locate the item you wish more information about please match the corresponding alphabet letter in the image to the list below. 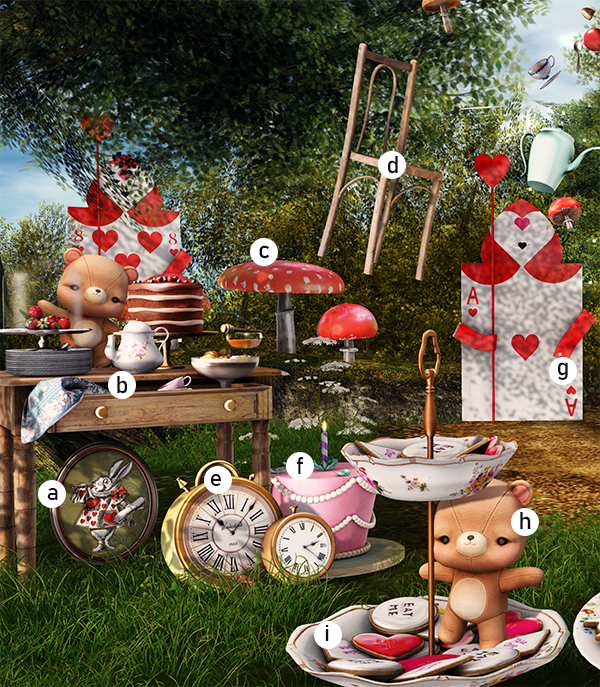 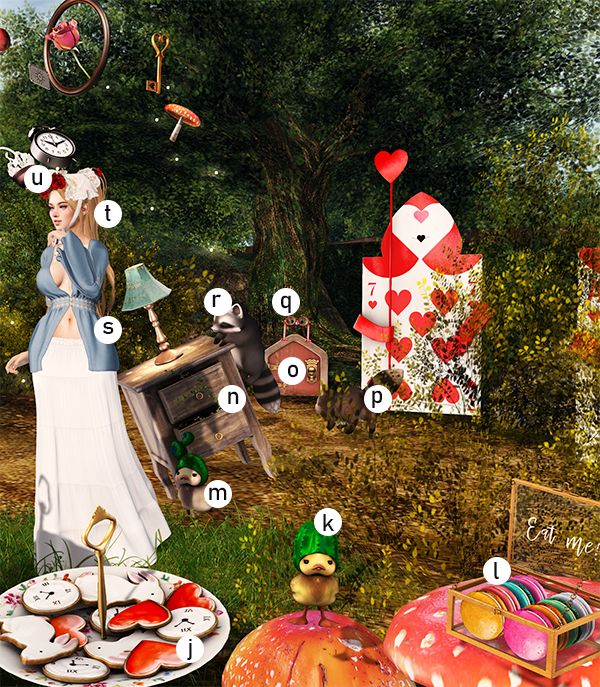 *All items listed above have been kindly provided by Creators for blogging/review purposes.

->to see image background in full all you have to do is click the ‘-‘ (the minus) at the bottom of the window to make the text box retract. Press ‘+’ to bring it back