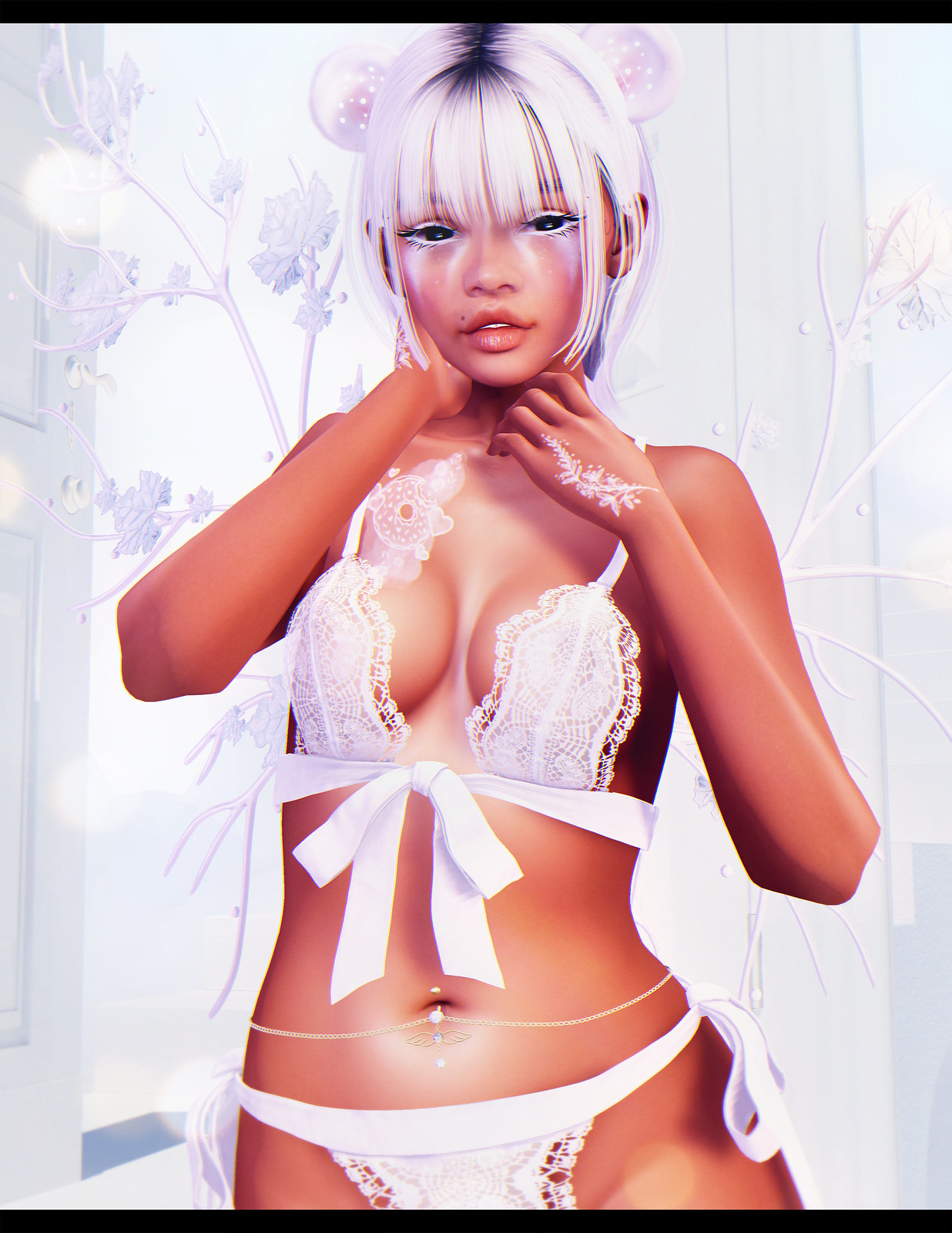 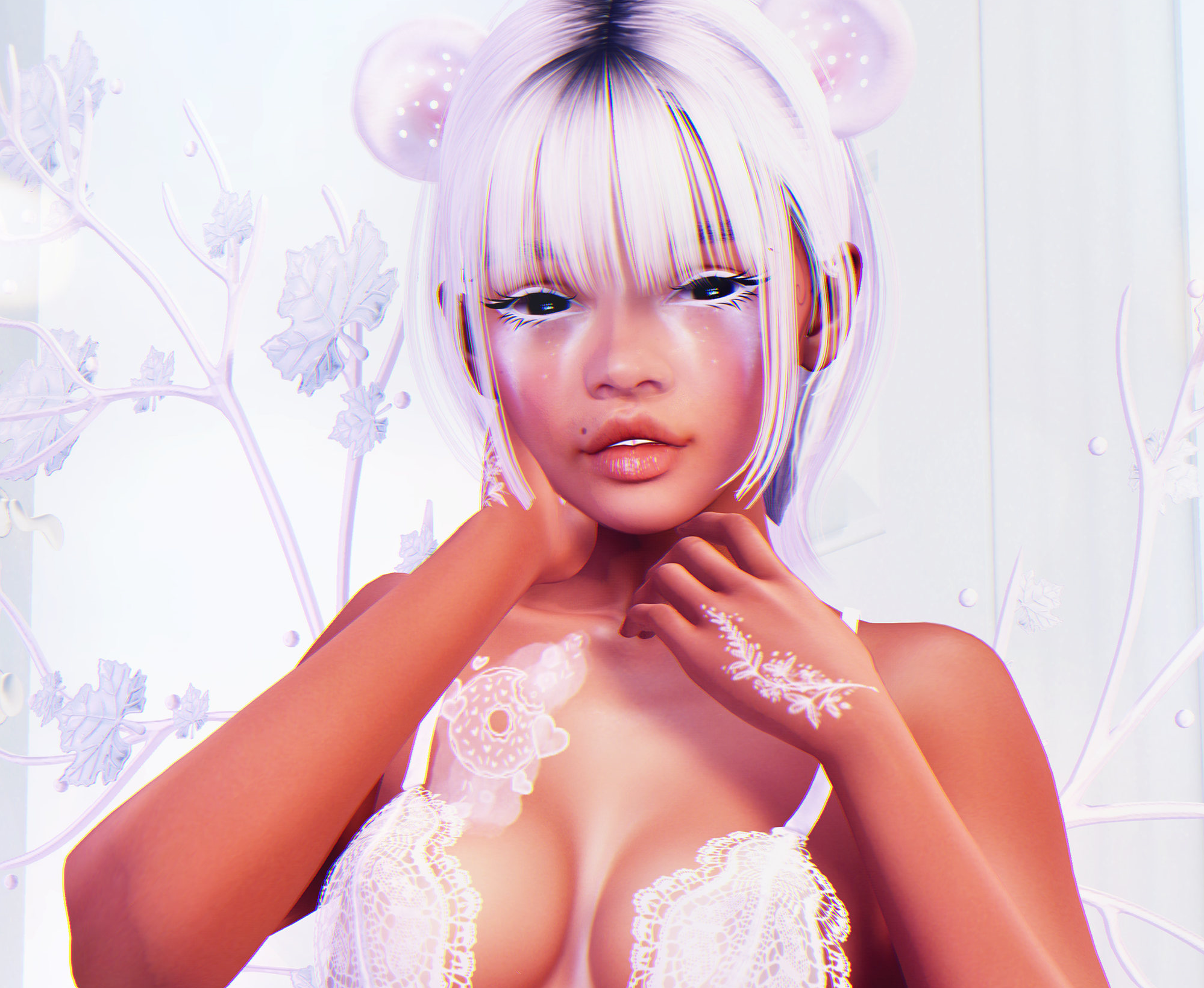 Today’s image was just an attempt at making something bright, light and airy. This meant a whole colour change for our Bear. I liked this tattoo from Stardust of a doughnut, I mean it does come in some very pretty and colourful versions and I would like to show those off at some point too. However, for right now? this pure, white doughnut tattoo just seems like everything to me and I like it a lot. I like it so much it’s literally the title of today’s post. That probably says everything I can’t say.

The gorgeous short hair is by Miwa and currently at Equal10. It’s such a cute little hairstyle, I haven’t pictured colours beyond black or brown for a bit and Bear was perfectly up for it. Her ears have even gone the same way. Did you notice Bear’s pretty lingerie today? No? you simply haven’t been paying attention, it’s a perfectly mixed affair of lace and ribbons and it comes in such pretty colours.

I was initially going to suggest the vibrant red. I changed my mind once the backdrop and make up came into play. The pretty glitter tears are by Espresso and they are by Sam who’s amazingly sweet. It’s a relatively new makeup store so do take a look at some of the makeup for sale on the Store’s marketplace.

I think they are pretty matched with white eyeliner from Lelutka I’m completely in love with everything happening around the eyes. It makes me wonder what I would look like with white eye make up. I might look like a frost kissed princess. At least in my imaginination and those can go just how I want them to.

Fly away with me Valentine

Cuddling up by the fire

Fly away with me Valentine